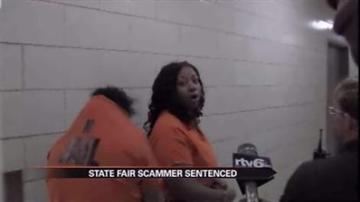 INDIANAPOLIS — The woman who scammed the state fair victim fund in Indianapolis is headed to jail after several failed attempts at community service.

A judge originally sentenced Sandra Murry to  a work release program and probation for scamming the victim's of the Indiana State Fair Stage Collapse.

But she failed to show up several times and would not give a urine sample for a drug test.

Employees at the woman's shelter where Murry volunteered said she would hang articles of her arrest and crime with stars next to it as if she was proud of it.

Murry's aunt was charged with forgery for claiming to be an 11-year-old girl trampled by the crowds. She received a check for $7,500 from the Rememberance Fund and was sentenced to probation and home detention.