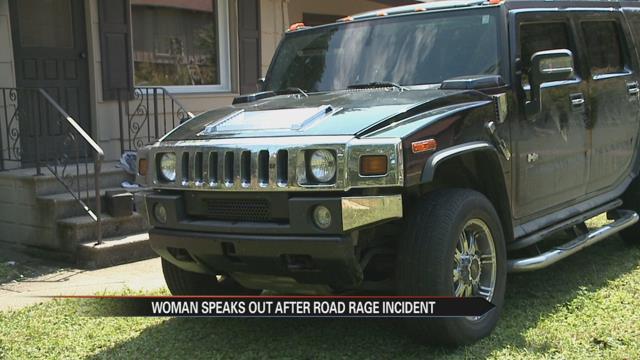 Karrie Lutzke was driving to downtown Mishawaka when she says she accidentally cut off another driver.

She says what happened next was not only unwarranted but also put her and a 3-year-old child’s life in jeopardy.

“He was pointing at me with the gun and he was on my driver’s side and then he pointed the gun back to his child,” said Lutzke.

On Thursday afternoon, Lutzke was driving her Hummer towards downtown Mishawaka.

In an effort to beat traffic, she says she accidentally cut off another driver.

“A guy had pulled up next to me, kind of cornered me a little bit and he had something in his hand and he was screaming and yelling at me that he was going to kill me,” said Lutzke.

According to the St. Joseph county Prosecutor’s Office he was charged with pointing a firearm, a level 6 felony.

“I never thought that someone would have a gun pointing at me at all so it wasn’t necessarily fear it was more shock and then the anger set in that I knew there was a child in the back seat,” said Lutzke.

As soon as Davison drove away, Lutzke says she called 911.

And fearing for the child’s life in Davison’s car, Lutzke says she followed Davison.

“My instinct was that because the child was in the car I didn’t think it was safe to be driving around with a child and displaying that kind of violence,” said Lutzke.

Lutzke says she stopped tailing him after deciding it became unsafe.

“I don’t know if it’s too hot for people, they’re just not using their heads, and those kinds of people when they are in that situation they are thinking irrationally,” said Lutzke.