Woman won't be picking a side in National Championship Game 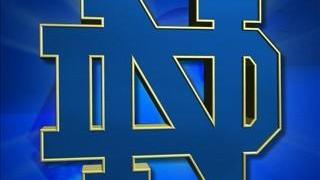 NOTRE DAME, Ind.-- One woman finds herself conflicted in the Notre Dame Women's game against Liberty, on Saturday.

Deyo was part of The National Championship Team in 2001 when The Irish won the title.

After her time spent at Notre Dame, Deyo went on to Liberty for four years as an assistant coach.

She said that she will not be picking sides for this game, she is just happy to see two teams that are close to her heart ,face off.

Deyo is now a color-commentator.