Woman would rather die than call new ambulance service 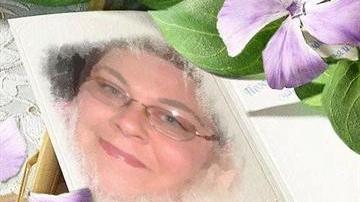 SISTER LAKES, Mich. - A woman is taking a stand after learning that Sister Lakes Fire Department lost its ambulance service to an outside agency.

ABC 57 News first brought you this story on air and online Thursday night. The ambulance service at Sister Lakes was discontinued as of midnight Wednesday, Pride Care took over ambulance service for the region.

"If I need an ambulance, I wouldn't call one," Nicole Ross said. "I would have somebody personally take me in a vehicle because I wouldn't call. I don't know the people, I don't trust the people and if I died on the way to the hospital that would be my choice.

Ross' trust lies with Sister Lakes Ambulance Service. Her mom, Betty Ross was in the care of Sister Lakes while she was dying from cancer.

"It was a short journey, my mom was told she had stage four cancer. Towards the end I needed some help so I called Sister Lakes Ambulance, they transported her for me," Ross said.

On three occasions Ross was in the care of Sister Lakes.

"Her last trip home, the hospital wanted Medic to send her home, I refused and said no I'd call Sister Lakes."

Ross died in 2007 a 57 years old. She had cancer that started in her lungs and spread throughout her body.

Ross said that the personal care that you get from Sister Lakes and the professionalism of the staff cannot be replaced by anyone, especially an outside source.

"It's sad to see Sister Lakes Ambulance gone because they are great people. Not only are there for the community but they're out there personally for you."

A township meeting will be held Tuesday night in Sister Lakes to discuss the current situation with the fire department. Those like Ross and workers at the department hope that the decision can be overturned and the ambulance service put back on.

"I think Sister Lakes Ambulance service needs to be brought back, it's all there is to it. They know the people, the area, they are great with everybody," said Ross.

The final straw for the department came with a failed mileage. Those at the fire department said the funding proposal was set up to fail - it was a fee on the acre rather than the household and farmers turned against it. They hope with new members working for the city they can change this decision, get a new vote and be back in service soon.

Pride Care released this statement Thursday, "“Pride Care Ambulance will provide Sister Lakes full time, 24 hour ambulance coverage, staffed with highly trained Paramedics.  Pride Care demands the strictest response times, and will be reporting those response times monthly to Sister Lakes, as we do for all 28 governmental agencies we service in Southwest Michigan.  Pride Care recognizes that change always evokes questions, concerns, and also criticisms. We are sensitive to those concerns and want to assure residents that Pride Care will provide full time, multi-ambulance service, with guaranteed response times that are significantly under typical standards for rural settings," Ann Balow, Community Relations Director with Pride Care."

Stay with ABC 57 News as we continue to track this developing story. Comments, questions or concerns about this situation can be sent to Brian Dorman at bdorman@abc57.com