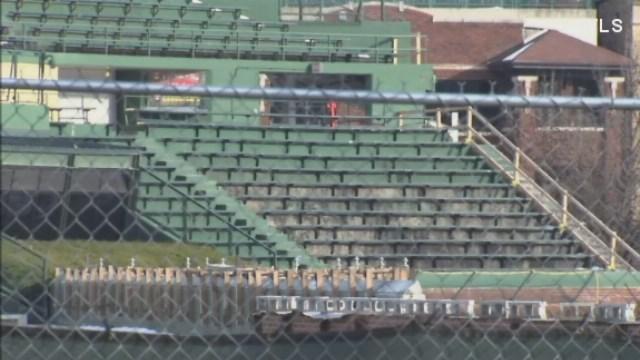 Chicago Cubs officials confirmed the renovated Wrigley Field bleachers will not be ready for opening day.

On Saturday, they announced contingency plans for fans with season tickets.

Holders can either get a refund or can relocate their seats to the grandstand until the construction is complete.

Team officials say the bleachers will not be ready for at least another month past the Cubs' opening day game on April 5, meaning the nationally-televised opener will take place with empty bleachers.

"We were hopeful that if we got everything poured and weather cooperated, it might be able to be cured by the beginning of April...and we're going to miss it,” said Crane Kennedy, Cubs President of Business Operations.