SOUTH BEND, Ind --- As 2019 comes to a close, it is time to take a look back at some of the worst violent crimes in South Bend.

“The most vulnerable of this community are getting struck with this violence,” said one local woman.

With 2020 just around the corner, many families are about to start the New Year without their loved ones.

IU South Bend students threw a house party when an unknown group of men showed up and made threats with a gun before firing shots at the home.

20-year-old Cooper Hake was grazed by a bullet, but refused treatment.

19-year-old Marty Ewing was shot in the neck, leaving him paralyzed after he suffered spinal cord injuries.

Community support poured out for Ewing and raised $50,000 on GoFundMe.

Myron Draine was charged weeks later with carrying a handgun without a license, criminal recklessness and aggravated battery.

Draine claimed self-defense and fired shots at the home after he felt he and his gang were disrespected, according to Prosecutor Ken Cotter.

“Loud bangs back to back to back, it sounded like it was right outside the window,” said a witness.

A gunman opened fire on a crowd outside of Kelly’s Pub on June 23. One man was left dead and 10 other victims were sent to the hospital after they suffered injuries.

There were between 75 and 100 people at Kelly’s Pub just around 2 a.m. when shots were fired.

Those victims were all later released from the hospital, but 27-year-old Brandon Williams lost his life and family members lost a loved one. 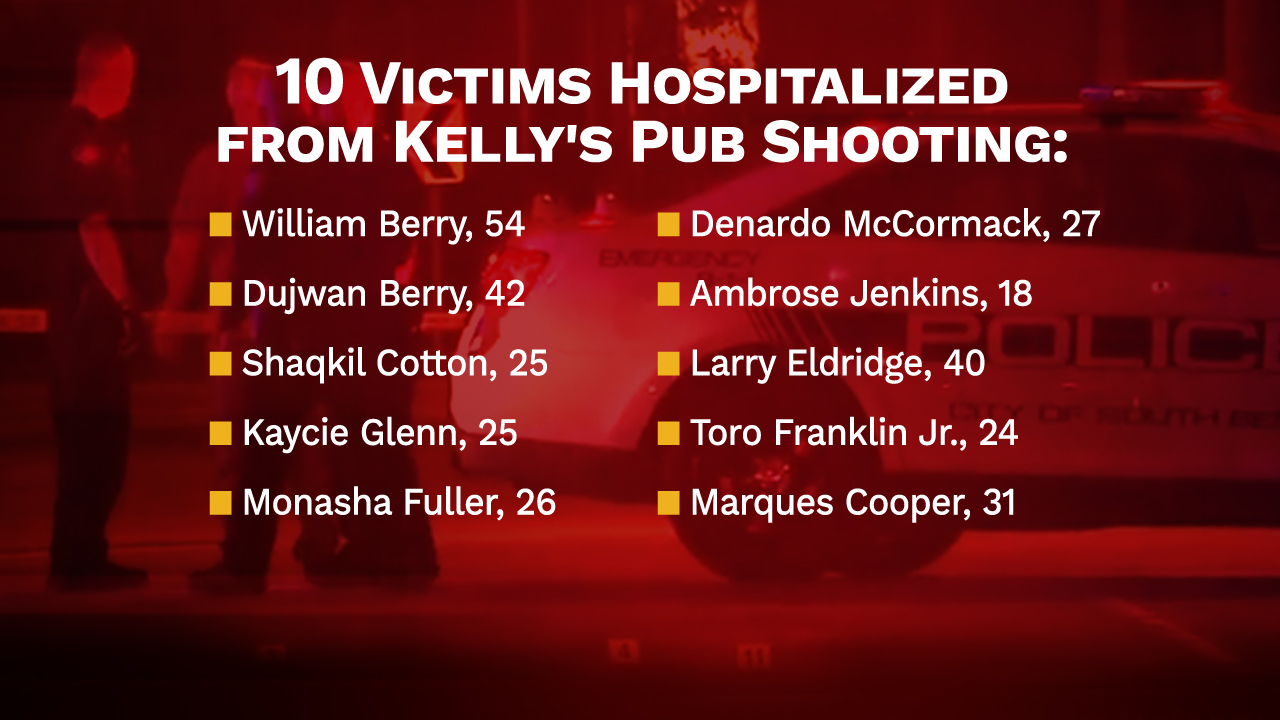 Nearly two months later, the person of interest in the shooting was officially named.

“Whoever have information, that they come forward. The answers need to be answered. Like I don’t understand how the police don’t know anything,” said a family member of Williams.

In the midst of naming the suspect, 28-year-old Tyler Crawford, family and friends gathered to remember Williams through heartfelt songs, prayers and sermons.

“Being artistic in different ways, that was his way of speaking. That was his voice,” said Gwendolyn Finney, a cousin of Williams.

Crawford was arrested back in October and investigators continue to work on the case.