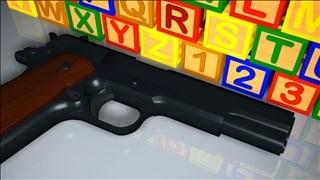 A six-year-old child died of a gunshot wound to the head in an Indianapolis apartment Sunday morning.

Police say the shooting was reported just after midnight.

They believe another child found the gun inside the apartment and shot the six-year-old.

The wounded child was unconscious when police got there and was rushed to Riley's Children's Hospital where he died shortly after.