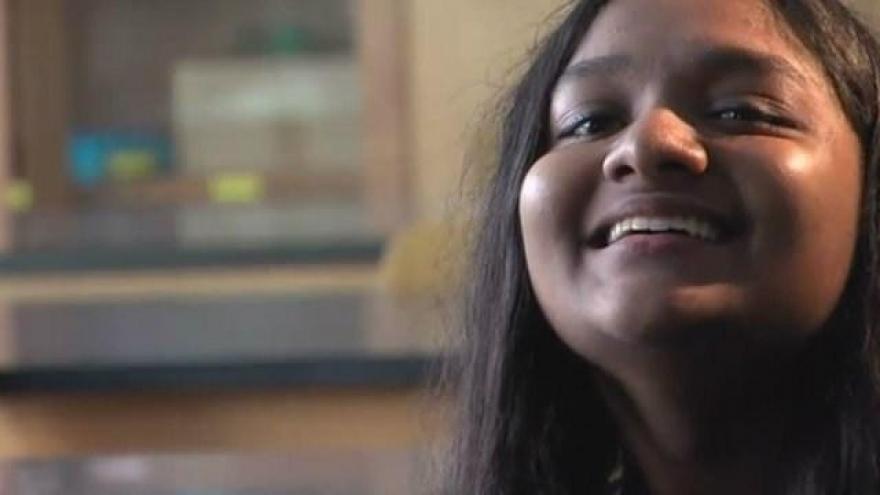 Beachwood, OH -- A childhood crush on a fictional TV character may ultimately help find a cure for Alzheimer's.

It sounds far-fetched, but potentially life-saving research, conducted here in Northeast Ohio, could be one way to stop the disease in its tracks. And yes, this new study has a pop culture connection.

A young scientist from Beachwood got hooked on ABC's hit show Grey's Anatomy in the fifth grade.

And there was one heart-throb in the show that unexpectedly changed the course of her life - and could save others.

Dr. Mc. Dreamy was the stand-out character on "Grey's Anatomy" that got Swathi Sirinivasan's attention.

"Here was this dude that could do neurosurgery and Alzheimer's research, and to me, that was very fascinating," said Sirinivasan.

Sirinivasan adds it didn't hurt he was also easy on the eyes.

But it wasn't his good looks that ultimately got Sirinivasan's attention; It was this character's quest to cure Alzheimer's disease that spoke volumes.

So, Sirinivasan took a page from the script of this medical drama and started looking into the disease. She says she didn't find much.

"To know so little about something that effects one in every nine people above the age of 65, that's something we obviously have to change," said Sirinivasan.

Sirinivasan discovered the number of people with Alzheimer's in India was significantly lower than here in the U.S.

As for why? She thought maybe the use of spice in Indian cuisine had something to do with it.

Sure enough, after two years of intense research, which included working in labs after school, during breaks and even New Year's Eve, Sirinivasan discovered the plaque growth that causes Alzheimer's was slowed in a test tube by spices like turmeric and chili pepper.

"The plaque starts forming even before the disease takes effect in the body," added Sirinivasan.

This 17 year old's groundbreaking research, which has been positively received by the scientific community, has earned Sirinivasan a semi-finalist spot in a prestigious national science talent search.

"Out of the 1,800 or so projects that they reviewed, my project ranked at the top, and they're going to look a little bit more at it," added Sirinivasan.

If she advances in the talent competition, Sirinivasan's work will be reviewed by Nobel Prize winning scientists.

The judges of the competition, along with those at science fairs, always ask Sirinivasan how she got interested in this topic?

She says it is kind of embarrassing to say "Grey's Anatomy," but she goes on to say; "Hey, it's the truth!"