Zimmerman selling a souvenir of hate 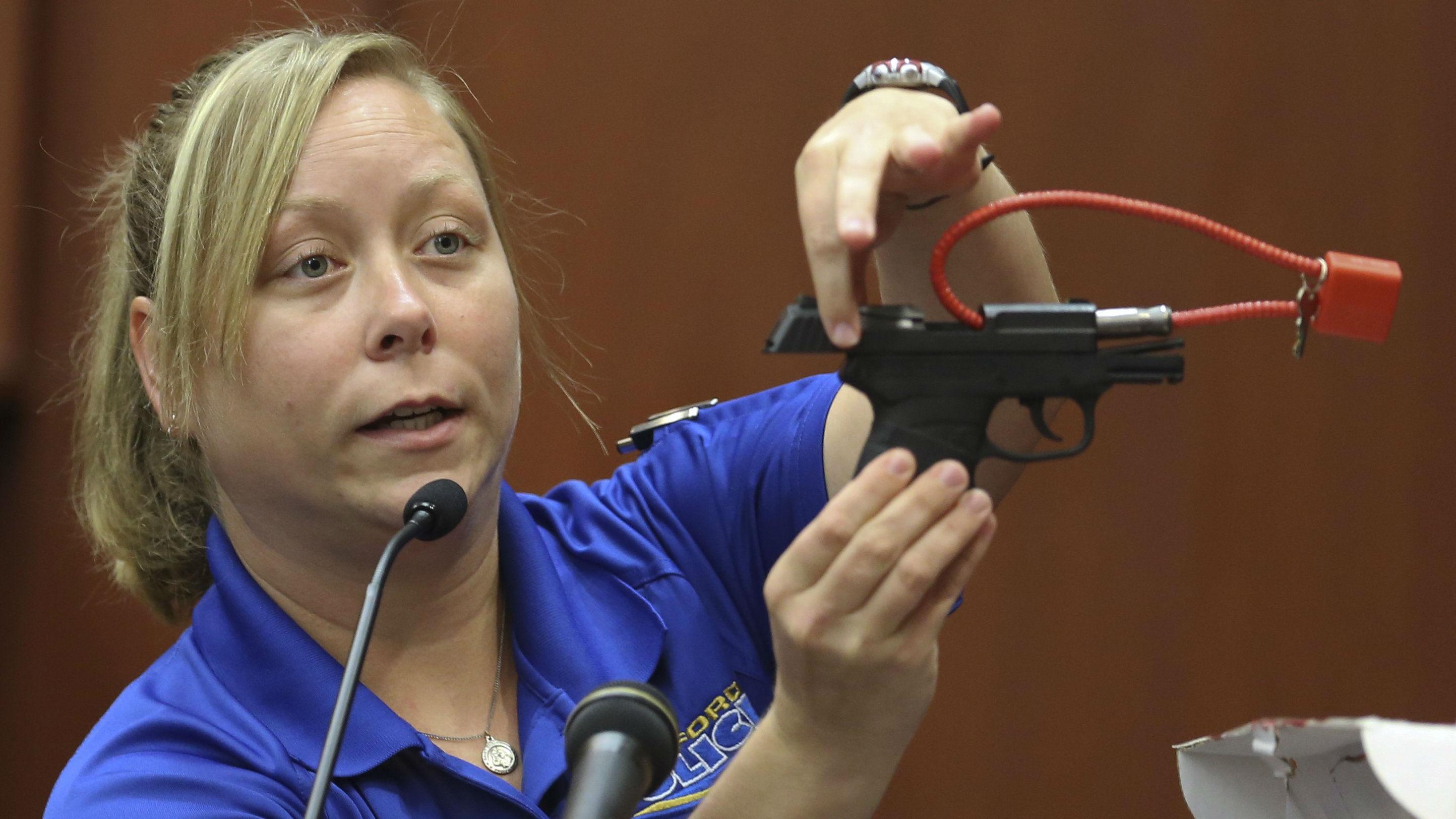 By David A. Love

Editor's note: David A. Love (@DavidALove) writes for thegrio.com. He is a writer and human rights activist based in Philadelphia. The opinions expressed in this commentary are solely his.

(CNN) -- Seeking to profit from a death you caused --- by auctioning the gun that you used to kill a black teenager, for instance --- is a true sign of a lost soul. That someone might actually want to buy that gun is a sign of deeper, unresolved issues of racial violence and gun worship in American society, and the enabling power the gun lobby exerts over unhinged individuals.

George Zimmerman, the self-proclaimed neighborhood watch volunteer acquitted three years ago for the fatal shooting of Trayvon Martin in Sanford, Florida, tried Thursday to auction the gun he used to kill the teen, reportedly at a starting bid of $5,000. While the post disappeared from the auction site as bidding was slated to begin, and has now been reposted elsewhere -- according to a report by CNN's Polo Sandoval, who interviewed the man who registered the new domain (UnitedGunGroup.com) --- the implications of Zimmerman's actions remain the same.

Not only was he confident of robust interest from buyers for this weapon but he was also unapologetically eager to valorize its symbolism. In his original auction post, Zimmerman called the weapon a "piece of American history" and declared,"I am honored and humbled to announce the sale of an American firearm icon." He added: "The firearm for sale is the firearm that was used to defend my life and end the brutal attack from Trayvon Martin on 2/26/2012."

Also according to the original post, Zimmerman planned to use proceeds of the sale to "fight (Black Lives Matter) violence against law enforcement officers." This wording caters to like-minded individuals --- potential buyers, in this case --- who see Zimmerman's case and its elevation of Stand Your Ground laws as a flashpoint in what they believe to be an organized effort against law enforcement (and white people).

Zimmerman is right that his gun is a powerful symbol --- of the risks posed to people of color by whites, not the other way around. The death of Trayvon Martin surfaced the racial dimensions of Stand Your Ground, which is used --- as it was by Zimmerman --- to justify white people killing people of color. Zimmerman, who claimed self-defense in the killing of the 17-year old Martin, ignited a firestorm over the implementation of Stand Your Ground laws in Florida and elsewhere across the country. Typically, the law, which was introduced in Florida in 2005, allows a person to use deadly force when faced with deadly force, without a duty to retreat, in order to "prevent death or great bodily harm."

We should not forget the significance of the recent history that Zimmerman is trying to gloss over for profit. On the eve of the birth of #BlackLivesMatter in 2013 and 2014, civil rights organizations, anti-violence groups and others pointed to Trayvon Martin's 2012 death as proof that it was open season on African-American men and boys by police and self-deputized, individual actors alike. This law, they insisted, was meant for the benefit of whites, and causes men of color to live in fear.

As the Urban Institute found in 2014, white-on-black homicides were 354% more likely to be ruled justified than white-on-white killings. Further, while homicides that invoked Stand Your Ground were found justified in 78% of the cases with black or Latino victims, only 56% of cases involving white victims were ruled similarly justified.

This is not true self-defense, but a license to engage in racial violence, over and over again.

Michael Dunn, killed Jordan Davis, 17, another black teen, in 2013. And a white man in South Carolina, James Loftis, 39, is free under Stand Your Ground after shooting and burning to death Guma Oz Dubar, 45, a Black taxi driver and father. Loftis claims that his life was threatened when Dubar drove him home and the cab driver and another man demanded large sums of money from him.

Meanwhile, the NRA and others continued to push for Stand Your Ground and other extreme laws --- not in the interest of public safety, but to allow people to take matters into their own hands, and using racially charged language invoking imagery of the black criminal, "thug" or "gangbanger" from which whites must be protected.

From laws justifying vigilante killings and permitting the arming of students on college campuses, to the reinvention of children's nursery rhymes by inserting a firearm narrative, the gun lobby is still fetishizing guns to promote its extremist point of view. And in the United States, that culture of violence is inextricably linked with racism.

Because it isn't just recent history Zimmerman seeks to profit from. The auctioning of a gun as a souvenir -- as if it is a proud moment in history of which you should want to be a part --- hearkens back to the Jim Crow era, a time when lynchings were not only a form of race-based violence but also of entertainment and spectacle. Tickets were sold to the events and families had picnic outings, while photographs and postcards of the grisly murder were taken as souvenirs. Sometimes, even the body parts of the victim's bullet-riddled beaten, mutilated corpse, including the genitalia, were given to spectators as souvenirs, as a trophy.

George Zimmerman's 9 mm pistol is his trophy, a souvenir he wants to bestow upon someone as evidence of the supposedly great thing he accomplished when he killed Trayvon Martin. His own delusions of grandeur aside, Zimmerman has been in nothing but trouble since he took Trayvon Martin's life.

And anyone who buys his weapon --- whether today or in the future --- will be purchasing a souvenir of hate.

David A. Love (@DavidALove) writes for thegrio.com. He is a writer and human rights activist based in Philadelphia. The opinions expressed in this commentary are solely his.