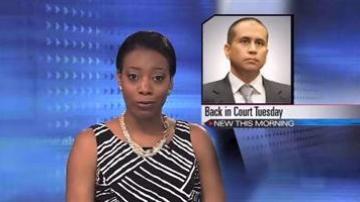 The attorneys for the man accused of shooting and killing a Florida teenager last year will ask for evidence from the prosecution.

The attorney for George Zimmerman will request evidence from the prosecution during an evidence hearing on Tuesday. He will also ask prosecutors to also turn over the evidence they have on his client, including the 9-1-1 calls made the night Trayvon Martin was killed.

Zimmerman's attorney says he also wants to chance to question the Martin family attorney under oath.

"Most importantly he put himself right middle of the investigation of a very significant witness and did it in a way that caused more questions than answered," said Mark O'Mara.

But the Martin attorney says his testimony would be irrelevant.

"It gets us off a focus of what the issues is in this case and that is what happend on February 26, 2012," said Benjamin Crump.

Zimmerman is expected to be at the hearing on Tuesday.

O'Mara says his client is ready to answer whatever questions the prosecution has.