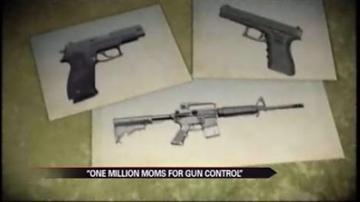 ZIONSVILLE, Ind.  --  A Zionsville mother of five is rallying other moms around the country to help ban assault weapons.

Shannon Watts said she does not own a gun and believes the U.S. has gone too far in allowing people to own weapons that kill large numbers of people.

After the Connecticut school attack, she said she felt like she needed to do something to make a change.

"I felt like I needed to do something, and as a stay-at-home mome, I wasn't really sure what I could do," Shannon Watts said. "And the first thought I had was, well, I can get on Facebook and harness the power of my friends and other women who feel like me around the world."

She said she does not want to ban handgun, just semi-automatic weapons and large ammo clips.