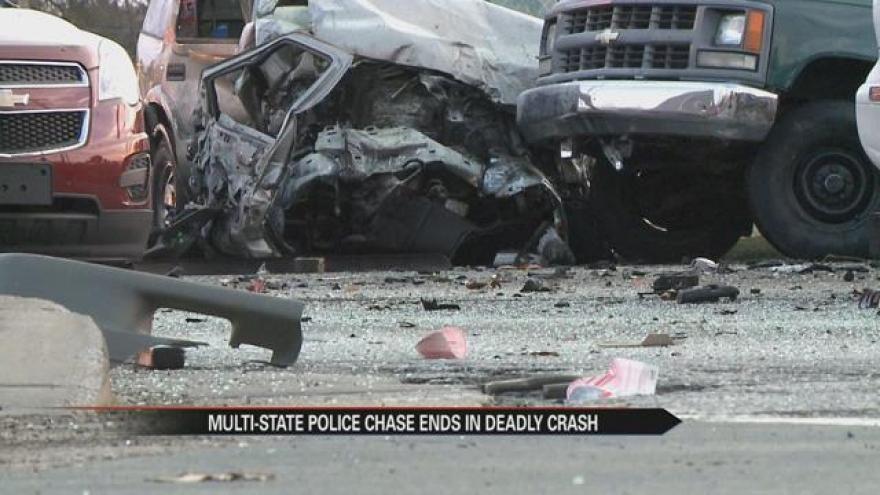 A police chase that started in Berrien County, ended in a deadly crash in St. Joseph County around 4 p.m. Monday night.

A large section of US 933 was closed for more than four hours as investigators pieced-together what had unfolded.

In total, five cars with eight people were involved, including one teenager.

A police pursuit was confirmed, and included four people in a silver Chevy Blazer, driving south from Berrien County into Indiana, along US 933.

The chase reached high speeds at 80 miles per hour.

An innocent driver heading east on Darden Road was t-boned at the intersection and pronounced at the scene.

Police tell ABC 57 News the driver who passed away was a 62-year-old man from South Bend.

As of Monday night, his name hasn't been released.

The family of the victim received the devastating news at the scene.

The impact of the crash was so strong, it ripped the victim's truck in half and the chassis was thrown to the ground.

Jared Hatch was a witness at the scene.

“I hear a bunch of sirens coming through and a huge bang. Police everywhere and pieces of vehicles flying all over the place,” said Hatch.

Two men and two women were in the Chevy Blazer.

As of Monday night, two are listed in critical condition and two in serious condition.

They were all rushed to Memorial Hospital, where one of the passengers from the Chevy Blazer is fighting for their life.

A teenager, driving the black car, was treated and released.