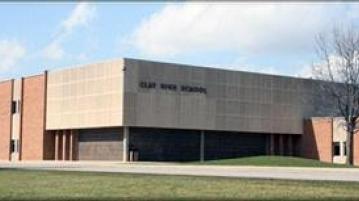 SOUTH BEND, Ind. -- Thursday kicked off a series of meetings with parents, educators and the superintendent of South Bend Schools.

The meeting was held at Clay High School at 6 p.m.

It was a chance for parents to meet Superintendent Dr. Carole Schmidt to ask questions and raise concerns.

It was announced this week that the district lost 617 students leading to a $10 million deficit. The shortfall was certainly on parents minds Thursday evening.

"I'm concerned with the school having to cut back on a lot of things," Alice Archer said.

Archer has a child at Swanson and two at Clay Intermediate.

"It's pretty overwhelming when you think of those kinds of big figures in money. It's way beyond what I've ever had to deal with," Archer said.

"We have to trim our staff to meet the number of students we are going to be educating," Schmidt said.

It hasn't been announced how many many positions may be cut because of the loss of students.

"We are open and we're asking for their help and asking for ways that better support parents and their children," Schmidt said.

There are three more meetings coming up to meet the superintendent:

Each meeting is at 6 p.m. and for parents with students district wide K-12.