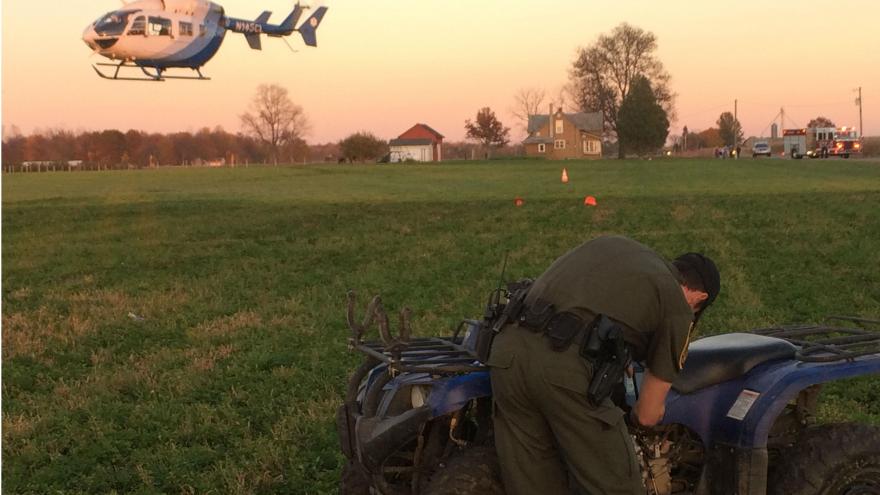 Indiana Conservation Officers responded to the scene of an off-road vehicle crash Monday in Syracuse that killed an 11-year-old boy.

Officers say 11-year-old Kyle Hilty of Syracuse was killed in an ATV crash at his residence.

According to police, Hilty was last seen on an ATV around his family's property around 6:00 p.m. After about 20 minutes, his 13-year-old brother found him lying in a field.

A preliminary investigation shows that Hilty struck a piece of farming equipment hidden by tall grass in the field. He was thrown from the ATV on impact.

Police say Hilty was not wearing a helmet or any other safety equipment.