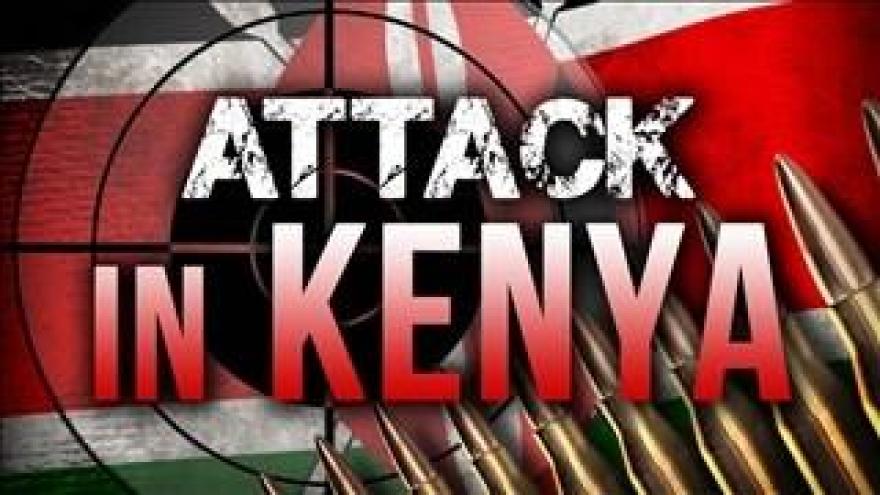 
(CNN) -- The massacre that killed 147 people and wounded scores of others at a Kenyan university lasted for hours Thursday before the terror was over.

"It is a very sad day for Kenya," Interior Ministry Joseph Nkaissery said of the carnage at Garissa University College.

The death toll is the highest in a terror attack on Kenyan soil since the U.S. Embassy was bombed in 1998. More than 200 people died in the Nairobi blast.

A total of 147 people were killed Thursday, according to the official Twitter account of Kenya's National Disaster Operation Centre and Kenyan media reports. The agency also said 79 people were injured and 587 people were evacuated.

The Somalia-based Al-Shabaab militant group claimed responsibility for the assault.

At one point, the attackers cornered a building in which 360 students live, but some of the students escaped, Nkaissery said.

Kenyan forces cleared three of four dormitories and had cornered the militants in the last one, the Interior Ministry explained.

"This is a moment for everyone throughout the country to be vigilant as we continue to confront and defeat our enemies," Kenyan President Uhuru Kenyatta said.

The attack was deadlier than an Al-Shabaab attack on the Westgate shopping center in Nairobi in September 2013 that left 67 people dead.

Joel Ayora, who was on the campus and witnessed the attack, said gunmen burst into a Christian service. Taking hostages from the service, they then "proceeded to the hostels, shooting anybody they came across except their fellows, the Muslims."

"We were sleeping when we heard a loud explosion that was followed by gunshots and everyone started running for safety," student Japhet Mwala told AFP.

"There are those who were not able to leave the hostels where the gunmen headed and started firing. I am lucky to be alive because I jumped through the fence with other students."

Okari said he was told to take cover as hundreds of students fled, some crawling.

The ministry posted a "Most Wanted" notice for a man in connection with the attack. The notice offers a reward of 20 million Kenyan shillings, which is about $215,000.

The name listed is Mohamed Mohamud, who also goes by the aliases Dulyadin and Gamadhere. "We appeal to anyone with any info on #Gamadhere to share with relevant authorities and security agencies," the Interior Ministry posted on Twitter.

The post does not say what role the man may have played in the attack, if any.

It includes the words "Kaa Chonjo," which means to be on the lookout.

Garissa is about 145 kilometers (90 miles) from the border with Somalia. Al-Shabaab militants have often launched attacks inside Kenya since the Kenyan government sent troops across the border to fight the group.

Kenyatta called on the inspector-general of police "to take urgent steps" to ensure that 10,000 recruits whose enrollment is pending "promptly report for training at the Kenya Police College, Kiganjo. I take full responsibility for this directive. We have suffered unnecessarily due to a shortage of security personnel. Kenya badly needs additional officers, and I will not keep the nation waiting."

The U.S. Embassy in Nairobi condemned the attack.

Garissa University College, which has 815 students, was established in 2011 and is the only public university in the region.

The Kenyan Red Cross and the country's health ministry organized a blood drive to help the victims.

The dangerously porous border between Somalia and Kenya has made it easy for Al-Shabaab militants to cross over and carry out attacks.

In a December attack on a quarry, Al-Shabaab militants separated Muslims and executed the non-Muslims, a spokesman for the group said.

Last month, the U.S. Embassy warned of possible attacks "throughout Kenya in the near-term" after the reported death of a key al-Shabaab leader, Adan Garaar.

"Although there is no information about a specific location in Kenya for an attack, U.S. citizens are reminded that the potential for terrorism exists," the warning said.