16-Month-old dies after being left in hot truck 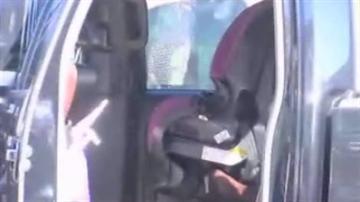 BALTIMORE — A 16-month-old girl is dead after she was left inside a hot truck for four hours in Maryland.

A relative was supposed to take the girl to daycare. Instead, he drove home and took a nap, leaving the girl in her car seat.

It was 88 degrees outside. The temperature inside the truck was much hotter.

"You don't even leave a dog in the car for that amount of time," said neighbor Shanda Thomas. "I don't care if it's two minutes, it's too hot out here."

Police believe it was an accident and that the man intended to pick the toddler up when he realized she was still in the truck.

There have been no charges filed against the man so far.