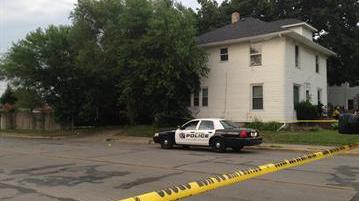 ELKHART — A 16-year-old is dead after an apparent shooting in Elkhart.

Elkhart Police responded to a shooting on West Garfield Avenue around 6:45 p.m. Saturday. Officers found a male victim with injuries on scene. They say the victim was 16-year-old Braxton Barhams of Elkhart.

Barhams was transported to Elkhart General Hospital where he died.