17 years without a raise? Welcome to Brexit Britain 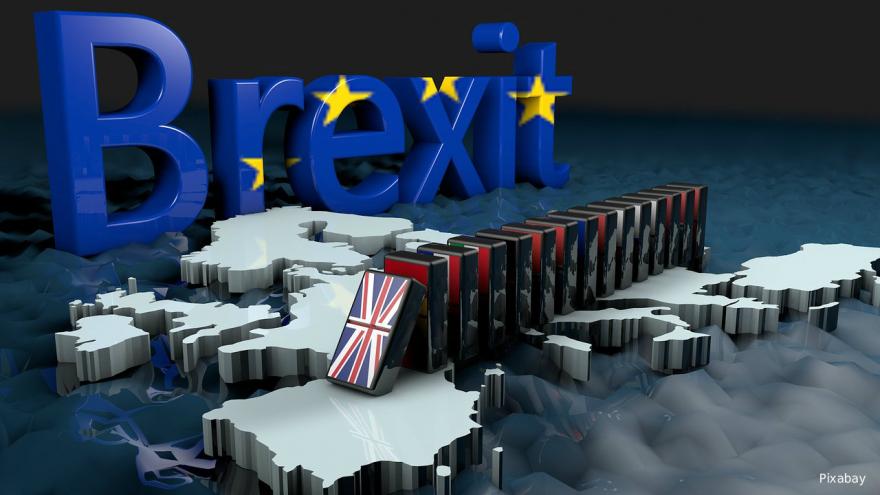 (CNN Money) -- British workers could go nearly two decades without a real pay raise due to the country's economic decline.

That's the key takeaway from two influential reports published just a day after the U.K. Treasury admitted that a weaker outlook for growth -- exacerbated by Brexit -- meant Britain had fallen out of the world's top five economies.

The Resolution Foundation, a non-partisan think tank, said that average earnings, when adjusted for inflation, are likely to stay below the level they hit before the global financial crisis until the start of 2025. That means 17 years without a pay hike.

Britain's independent Office of Budget Responsibility (OBR) on Wednesday slashed its growth forecast for this year from 2% to 1.5%. The watchdog said that weak productivity means growth won't pick up until 2021, and it cited Brexit as one factor.

Resolution Foundation described the OBR forecasts as "truly catastrophic," and warned that the U.K. faces its longest period of declining living standards since records began in the 1950s.

The foundation based its projection of earnings in 2025 on OBR forecasts, which it said imply that average real annual wages will still be £555 ($740) below their pre-crisis peak at the end of the 2022-23 fiscal year.

"The future for family finances implied by yesterday's forecasts is unremittingly grim," the group said in its report.

Paul Johnson, director of the IFS, said the forecasts suggest that economic production per person in 2021 will be 3.5% less than what was expected in March 2016.

"That's a loss of £65 billion to the economy," he noted. "We are in danger of losing not just one but getting on for two decades of earnings growth," he said.

The sharp downgrades underscore the tough economic conditions under which Britain will depart the European Union in March 2019.

Britain was until recently one of the strongest economies in the bloc. But it's now likely to lag many other advanced economies, including the United States and some of its former partners in the EU, for years.

The pain has already set in for many Brits.

The pound has dropped 12% against the dollar since the Brexit vote in June 2016, forcing them to pay higher prices for imported goods.

Wages aren't keeping pace with inflation, which now stands at 3%. Household debt has been growing by about 4% a year, and the Bank of England has squeezed consumers by hiking interest rates for the first time in a decade.

Business investment has slowed and consumer spending fell the most in four years in October, according to Visa.

The weak growth outlook makes it even more vital that Britain is able to negotiate continued trade access to EU markets after Brexit. But there's no guarantee of a deal with the EU yet -- talks are stuck on the terms of divorce.

Meanwhile, the Brexit bills are piling up.

Treasury chief Philip Hammond said Wednesday that he had set aside £3 billion ($4 billion) to prepare for Brexit over the next two years. And the EU divorce bill is likely to cost the U.K. tens of billions of pounds.

-- Correction: An earlier version of this story gave an incorrect figure for the projected gap between earnings in 2022-23 and their peak before the global financial crisis.