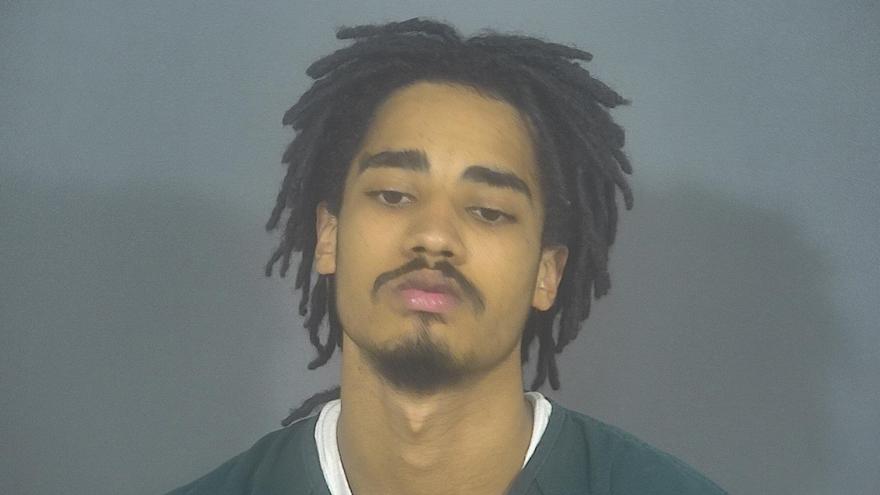 ST. JOSEPH COUNTY, Ind. -- An 18-year-old has been charged with attempted murder, battery and criminal recklessness for allegedly shooting Dennis Johnson Jr multiple times during an incident on July 26 in South Bend, according to court documents.

On July 26, South Bend Police responded to a ShotSpotter alert in the area of W. Washington Street.

When officers arrived, bystanders directed them to a red Kia Optima that had gone off the road and struck a fence on the east side of Maple Street.

Officers located Dennis Johnson Jr. in the driver's seat with a gunshot wound to the head, left arm and left leg, reports said.

Johnson was conscious when he was transported to the hospital for treatment of his injuries.

A witness told police he saw a white car stopped on Maple Street just before hearing shots. He also saw it drive away from the scene, reports said.

On September 18, officers arrested Jalen Bonner, 18, for dealing in marijuana, according to the probable cause affidavit.

Bonner had a 9mm handgun on his person when he was arrested.

South Bend Police crime analysts compared a bullet fired from the Bonner's weapon to the ballistic evidence collected from the Maple Street shooting. It was determined Bonner's 9mm fired the shots, according to the probable cause affidavit.

Bonner was interviewed and admitted he had owned the 9mm handgun since July 3, reports said.

He admitted to being in the area of W. Washington Street when Johnson was shot. He said he had been hanging out with people from Chicago, including a man he only knew as CJ, reports said.

He said he and CJ got into separate vehicles with the borrowed guns.

Bonner then told police CJ and another man had been exchanging words and the stranger had made threats of violence, reports said.

Bonner said he heard shooting, but didn't see who was doing the shooting and his first instinct was to duck, according to the probable cause affidavit.

Bonner said he fired reflexively and didn't know who had been firing before he pulled the trigger, according to the probable cause affidavit.

He admitted to pointing the .22-caliber weapon at the man's vehicle and "If a [expletive deleted] shooting to kill me, why wouldn't I? You feel me? I'm trying to get you before you get me," according to the probable cause affidavit.

Bonner has been charged with attempted murder, battery by means of a deadly weapon and criminal recklessness in this case. He has also been charged with carrying a handgun without a license, theft of a firearm and dealing in marijuana for his September 18 arrest.