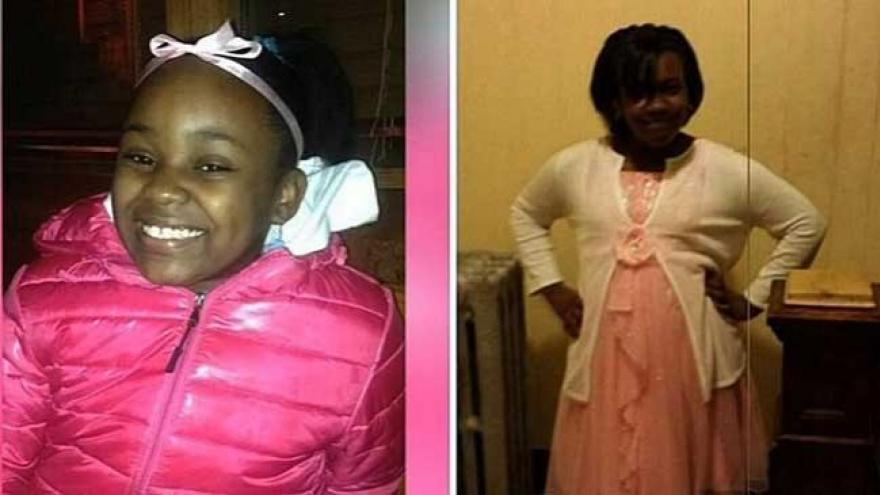 (CNN) -- Two young girls are in critical condition, fighting for their lives, after being shot in the head in two separate incidents in Chicago this weekend, police told CNN.

The shootings happened in two different inner city neighborhoods within an hour of each other.

Kanari Bowers, 12, was playing with friends at a playground Saturday evening when shots rang out. Chicago Police said the shooting took place on the 1900 block of W. 57th street at approximately 7:10 p.m. (8:10 p.m. ET).

Bowers' relatives shared her name with CNN affiliate WLS, but police have not confirmed her identity.

The 12-year-old girl sustained a gunshot wound to her head and was transported to Stroger Hospital, police said.

Thirty minutes later and less than three miles away, an 11-year-old girl was hit in the head by a bullet as she sat in the backseat of a minivan, police said.

"I never thought it would hit this is close to home," Takiya Holmes' grandmother, Patsy Holmes, told WLS. "That is a wake-up call, you can be anywhere at anytime and this happens, they were in the car, who knew a stray bullet was going to hit her."

The 11-year-old was transported to Comer Children's Hospital.

Authorities do not believe the girls were the intended targets in the shootings. No suspects are in custody and the investigation continues, police said.

Police and community members are concerned about rising rates of violence in Chicago, which had 762 murders in 2016.