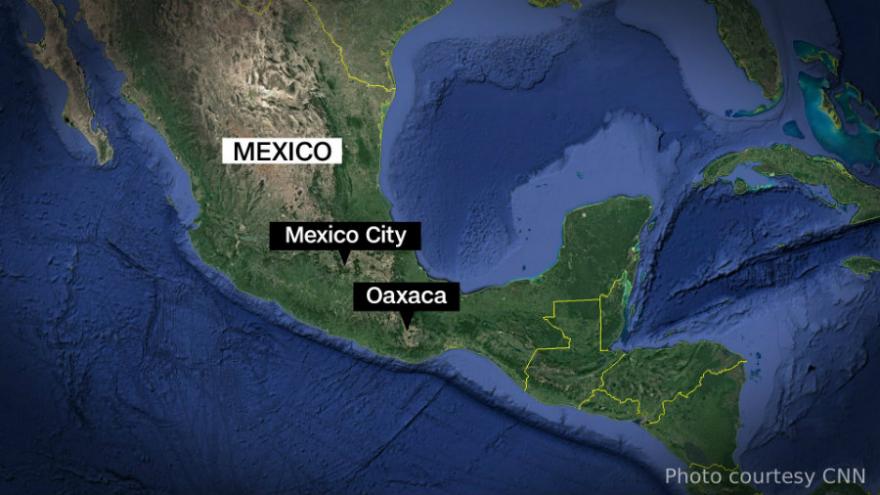 A 6.1 magnitude earthquake Saturday morning was centered in Oaxaca state near Matias Romero, a town about 275 miles southeast of Mexico City, the US Geological Survey said. Roughly speaking, the epicenter was between the centers of this month's two more violent earthquakes -- the 7.1 magnitude temblor that hit Tuesday closer to the capital, and the 8.1 magnitude quake that struck September 8 off the southern Pacific coast, near Chiapas state.

A 4.5 magnitude quake hit Oaxaca at 7:06 p.m. ET. That temblor occurred at a depth of 8.9 kilometers, according to initial readings by USGS.

In Oaxaca, some highways and a bridge that had been damaged during the September 8 earthquake collapsed, Mexico's federal police said.

Mexico City did not appear to have sustained significant damage in the earlier and stronger of Saturday's two quakes, said the country's office of the secretary of public security.

Warning sirens sounded in Mexico City after the morning quake was detected, interrupting rescue operations at some of the dozens of buildings that collapsed from Tuesday's earthquake.

A 6.1 magnitude quake can produce strong shaking and considerable damage to poorly built structures and slight to moderate damage in better-constructed buildings, the USGS says.

The earlier major quakes killed hundreds of people and turned buildings into dust and debris in parts of Mexico. More than 300 people have been reported killed in Tuesday's quake; nearly 100 reportedly died in the September 8 temblor.

"Our first phase is rescue and humanitarian aid," Puente said. "Until we are absolutely certain that there are no more people missing, we will continue our search and rescue mission."

An unaccounted number of people went to shelters around the capital after losing their homes. Schools closed indefinitely, and millions initially were without power.

A hospitalized survivor spoke to CNN about his ordeal after being trapped in rubble for 17 hours.

Martin Mendez, a locksmith, said he was working in a building when it collapsed. He said he was overwhelmed by the pain of a broken bone and worried his life-sustaining air would run out.

Three other people, he said, tumbled around or on him. One woman fell with such force his right leg was broken.

"We had to hold on," he said. The four calmed each other as the hours passed.

Rescuers would yell, "Is anyone in there alive?" but they couldn't hear the group's frantic replies.

Diana Pacheco texted her husband, told him where they were. Still no rescue.

Mendez said they feared the air would run out. But he kept his faith.

"I always believed I was going to get out alive," he said.

On Wednesday morning, they were pulled out.