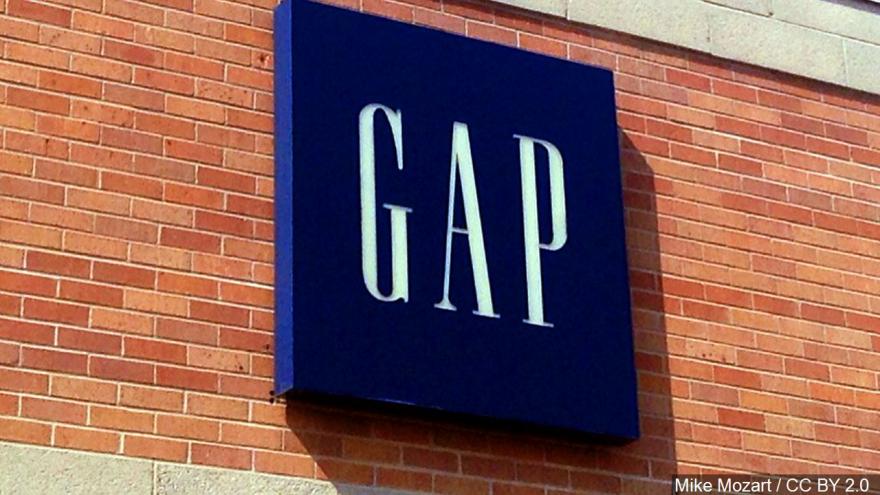 (CNN Money) -- It's going to be a little harder to find a Gap or Banana Republic store -- but expect to see more Old Navy and Athleta locations pop up.

Gap, the parent company of all of those brands, said Wednesday that it plans to close about 200 "underperforming" Gap and Banana Republic locations.

There are currently about 2,000 Gap and Banana Republic stores worldwide, according to public filings, so the closures would likely impact about 10% of them. Gap declined to specify how many of each brands' stores will close or where the soon-to-be shuttered stores are located.

Both Gap and Banana Republic have seen declining sales in recent years and they've struggled to compete with so-called fast fashion retailers such as Forever 21 and H&M.

Speaking at a retail conference Wednesday, Gap CEO Art Peck described the sales downturns at Gap and Banana Republic as "significant and acute," and admitted the company made "creative missteps" in its efforts to keep the brands competitive.

One bright spot for Gap has been Old Navy -- its less expensive clothing brand.

When Gap reported earnings last month, Old Navy out performed the other brands once again. While comparable sales at Gap fell by 1% and Banana Republic's sales were down 5%, Old Navy saw a 5% increase.

The company is planning to expand both Old Navy and Athleta by opening up 270 new locations in the next three years.

Gap also said Wednesday that its efforts to beef up its digital business have been largely successful, and that it's "built a highly profitable online and mobile business with double-digit sales growth."

The company added that it plans to continue making "significant" investments in its online operations, including in artificial intelligence technology.