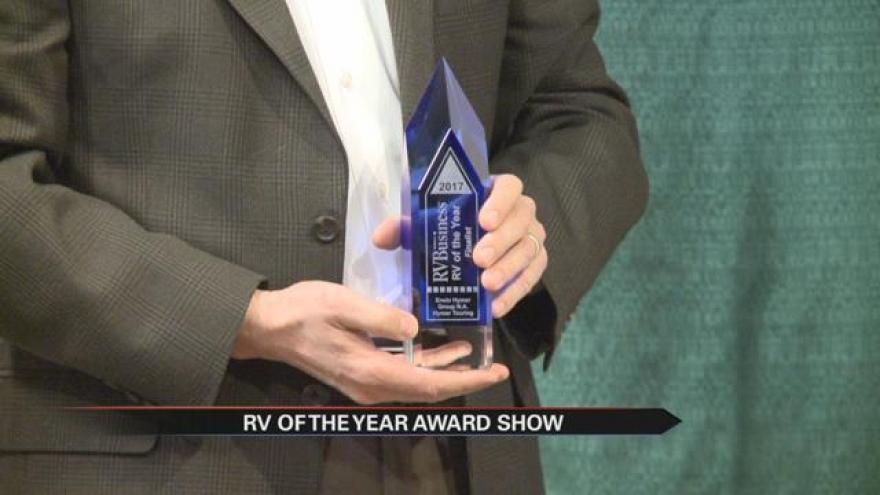 The 2017 RV Business RV of the Year Award Show was filmed at the RV Hall of Fame in Elkhart on Monday.

And ABC 57’s Colleen Bormann was the host.

The show honored five companies and the executive producer of the show says this is a great way to recognize the innovative work of the RV industry.

"What it does is, it takes all of the RVs, judged by business leaders and brings the best of the best to the public on Rolling on TV," said Jose Moniz, Executive Director of Rollin' on TV.

Find out who won the top award when the show airs the week of January 29 on My Michiana.