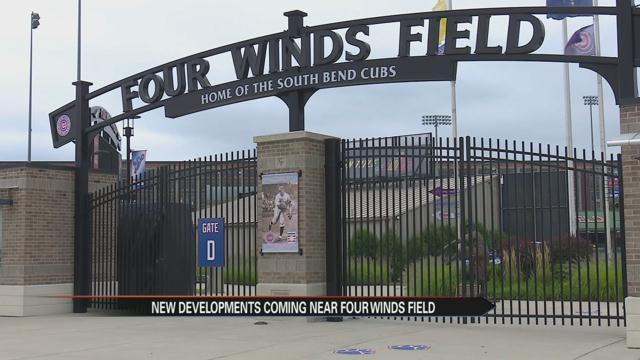 Some say it will be South Bend's version of Wrigleyville.

The more than $21 million development project, spearheaded by South Bend Cubs owner Andrew Berlin, will consist over more than 110 apartments and 10,000 square feet of retail space.

Berlin Flats will consist of four buildings, two connected structures on either side of a walkway leading to Four Winds Field.

The City of South Bend has put more than $3.4 million into this project.

And that worries some.  Right across the street from the stadium and the location of Berlin Flats, is Hope Ministries.

Hope Ministries is a facility serving the homeless and lower-income clients.

Despite some speculation that this project will drive out the current population in the area, Executive Director of Hope Ministries, David Vanderveen, says this is a good thing for the area.

"I think it will bring a lot more energy, more people, more economic activity to this part of the city, which we think is a great thing," said Vanderveen.

Rosemary Eason agrees. She's a client of Hope Ministries and gets some meals here.

She's excited for the upcoming developments

"That's beautiful that they're doing something for the community,' said Eason.

Eason also hopes that this will spur economic growth.

"I would hope they would bring jobs." She adds, "I need a job now."