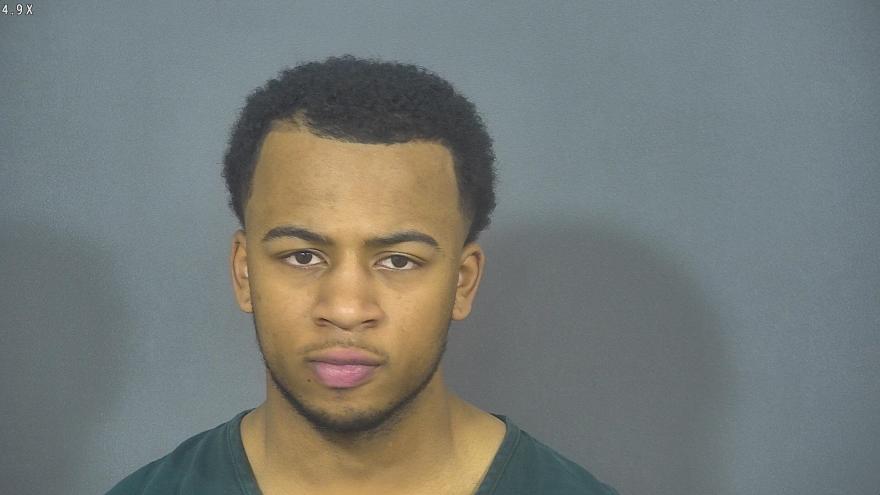 ST. JOSEPH COUNTY, Ind.—A 21-year-old man allegedly fought police who were trying to break up a house party he was holding on April 20, according to the probable cause affidavit.

On April 20, officers with the St. Joseph County Police Department were dispatched to the 15000 block of Elmsford Court regarding a report of loud music.

Upon arrival, officers spoke with Jordan Terry, 21, who told them that he was renting the home through Airbnb and was having “some family” over for a small get-together, court documents said.

Airbnb said that there was no reservation through its system on the night the incident occurred.

Officers informed Terry he was in a residential neighborhood and had to keep the music down. Officers then left the home.

Around 12:30 a.m. that night, officers were again dispatched to the same address regarding a large group of kids drinking near the Logan Autism Learning Center, next to the house that was holding the party, according to court documents.

Officers noted that the parking lot and surrounding streets were full of cars. Police spoke with young adults coming from the parked cars who told officers they were going to “the party,” documents said.

Police contacted the owner of the home who said that Terry was only supposed to have one other person in the home. The homeowner told police he wanted everyone to leave.

While at the door speaking with Terry, officers smelled “an overpowering odor commonly associated with marijuana coming from the home,” the probable cause affidavit said.

At one point, Terry pushed an officer in the chest, knocking him back and other officers grabbed Terry at which point a short struggle took place, court documents said.

According to the probable cause affidavit, Terry was ultimately detained and officers located about 100 young adults in the home. They also found a “substantial amount” of a leafy green substance that was field tested and determined to have a presence of marijuana.

Terry is being held at St. Joseph County Jail without bond and is charged with possession of marijuana, battery against a public safety official and resisting law enforcement.