Another multi-day severe weather event with large hail, damaging winds and tornadoes is set to impact millions across the country beginning Wednesday. A strong spring storm system will draw in warmth and moisture from the Gulf of Mexico, setting the stage for a significant severe weather event each day thru Friday. 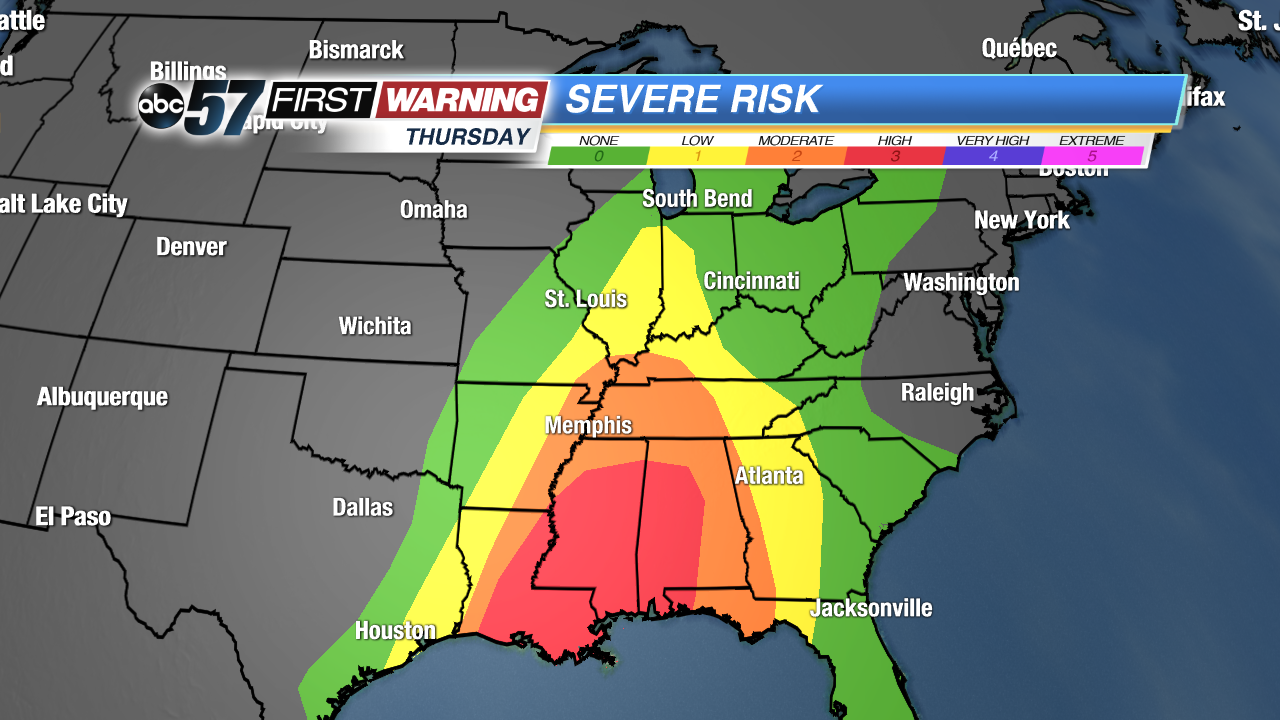 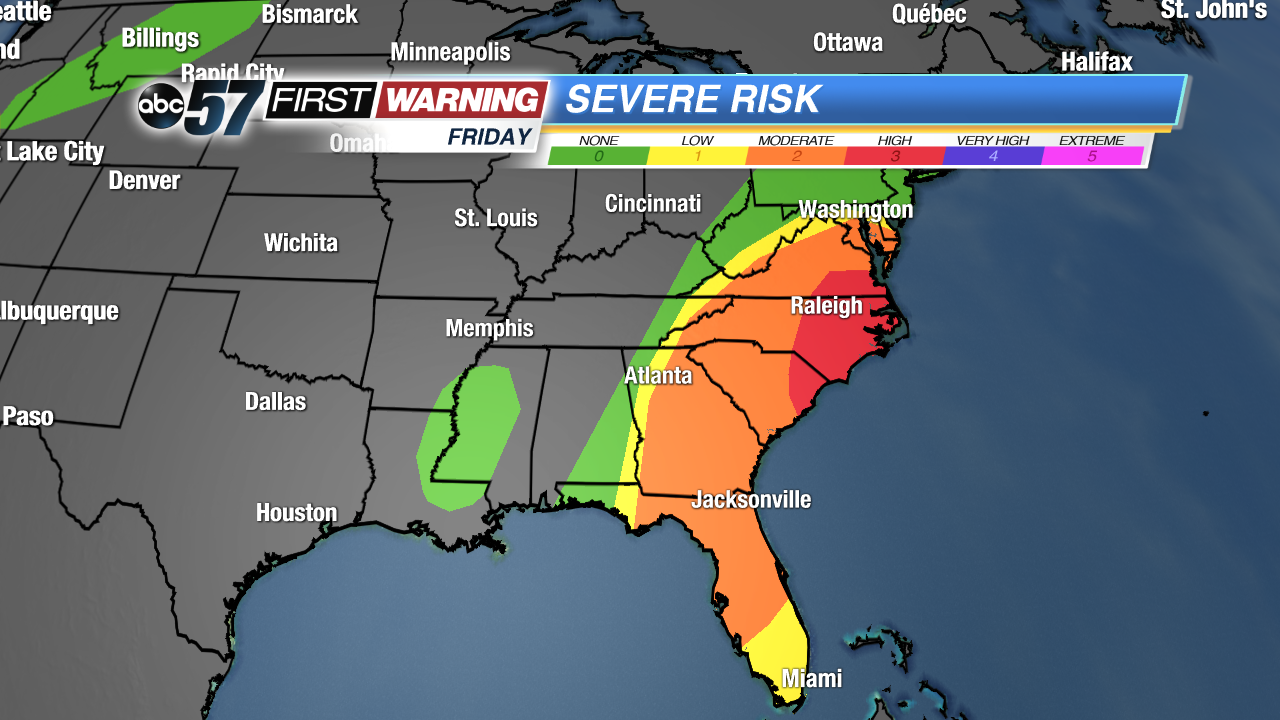 Severe weather risk zone for Friday-Friday night. SPC
By Friday, the system will be approaching the East Coast, putting parts of Georgia, Florida, the Carolinas, Virginia, Maryland, and Delaware in the zone of concern for hail, damaging wind gusts and tornadoes. 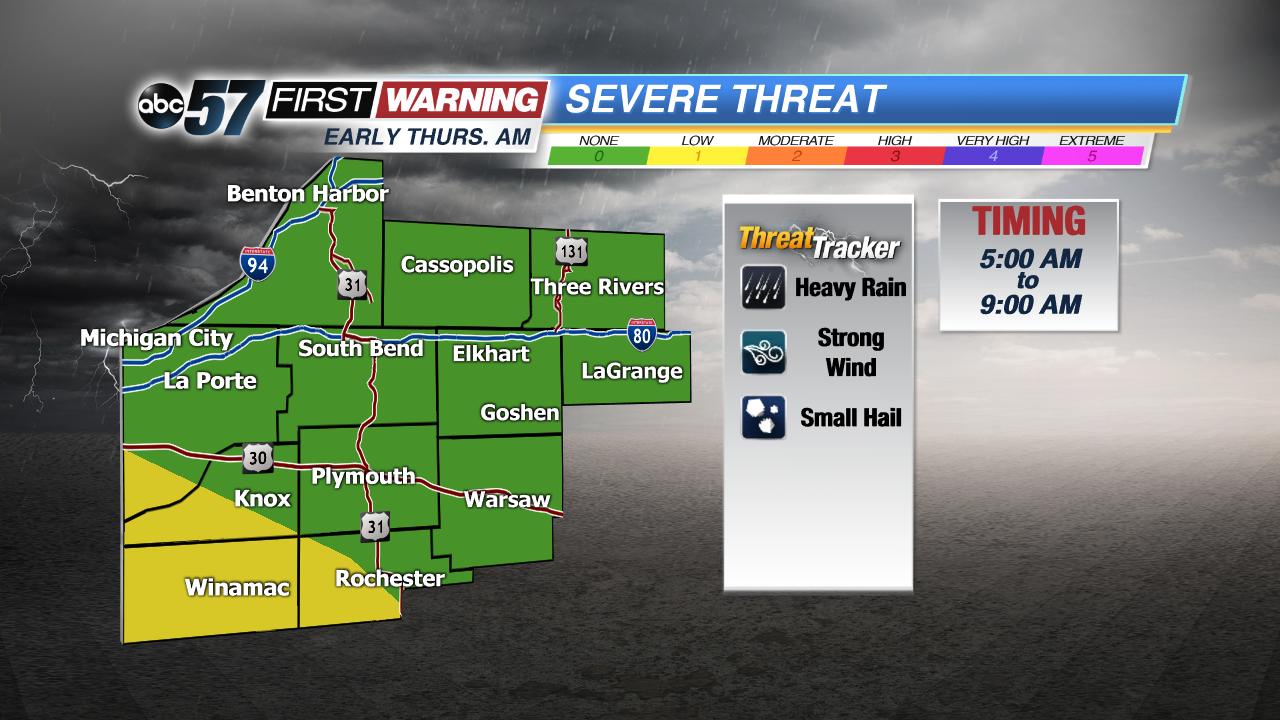 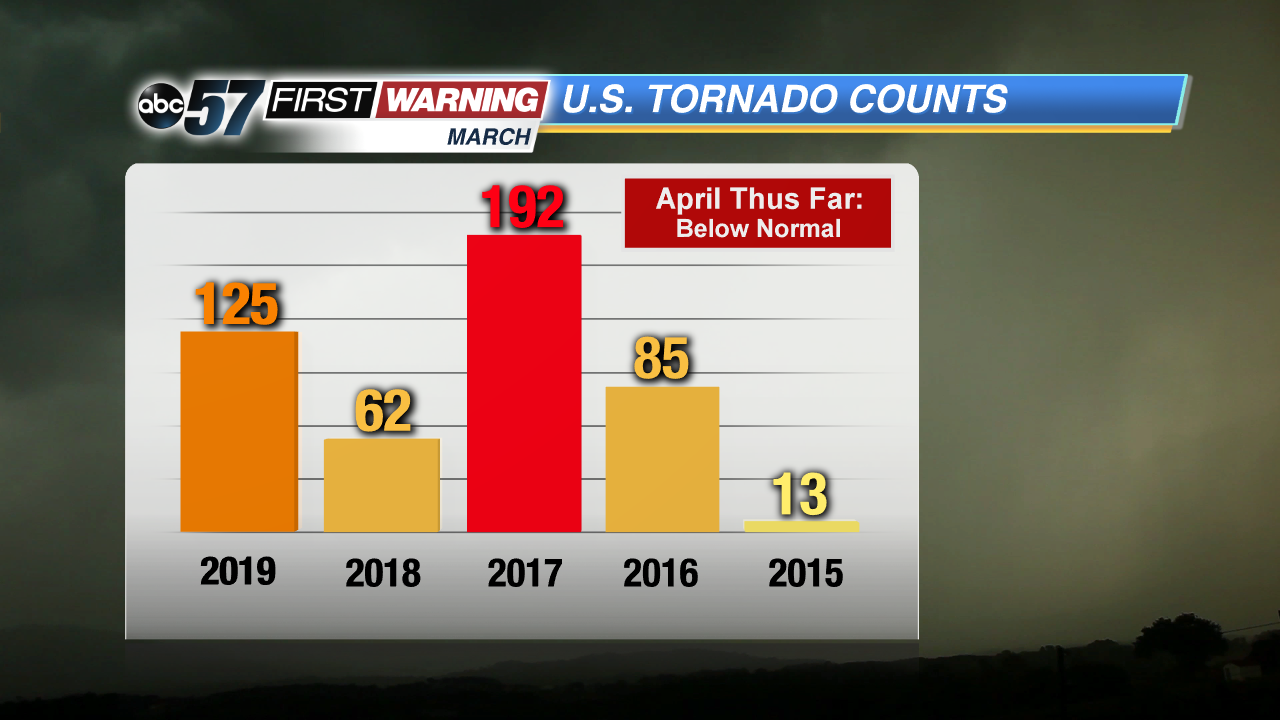 Active March compared to normal for tornadoes in the U.S.; April is running below normal. SPC
So, with this being the second substantial severe weather outbreak in a matter of days, how are we doing in the tornado department? Well, March was well-above normal in terms of total tornadoes in the United States. The U.S. saw 125 tornadoes in total, which was more than double what March of 2018 had. April has been relatively active as well in terms of severe weather, but the tornado counts are running behind. That will likely change for two reasons:

1. Tornadoes confirmed from the April 13-15 period will be added to the list.

2. We've got three straight days of severe weather on tap across the southern half of the country. 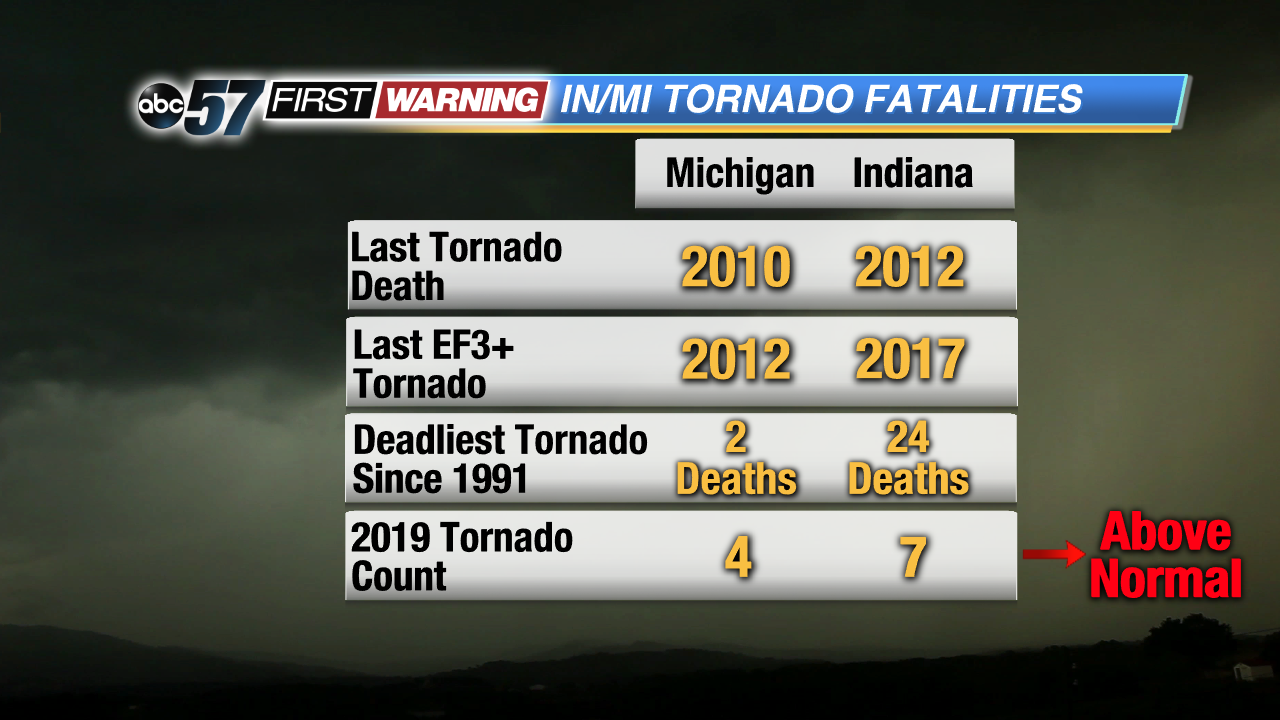 Let's bring it to a local level and break down some tornado facts for Indiana and Michigan. Thus far in 2019, each state is running a little above normal in the tornado department. However, one could say we are overdue for a deadly or particularly intense twister. The last time someone was killed by a tornado in Indiana was in 2012. For Michigan, it was in 2010. Looking at the last 28 years, there have been 52 fatalities in Indiana and 6 in Michigan due to tornadoes. If you break those numbers down, there are, on average, about two fatalities per year in Indiana. Does that mean we see two people die every year from tornadoes in the Hoosier State? No. Most years feature no fatalities; some feature quite a few. Regardless, it wouldn't be a stretch to say we are due for a deadly tornado somewhere in either Indiana or Michigan. 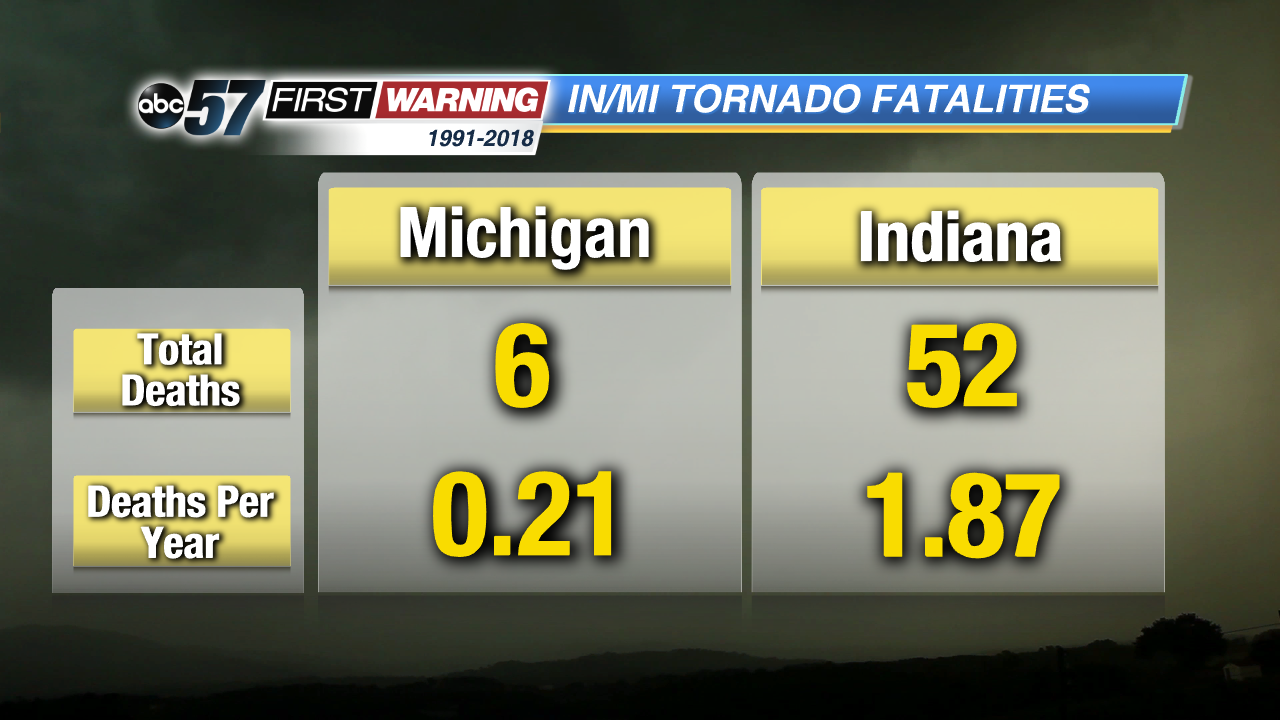 We may be overdue for an intense tornado as well. The last tornado that was rated EF3 or stronger occurred in early February of 2017 in Indiana. You have to go back to 2012 to find the last EF3 or stronger twister to impact Michigan. Again, there's no pattern of predictability for tornadoes and strong tornadoes. However, simply based on history and climatology for both states, we should expect several tornadoes -- in addition to an uptick in damaging wind and hail events -- over the next few months. That's due to the ingredients for severe weather being more readily available in May, June, July, and August across Michiana and adjacent locations.
Share this article: