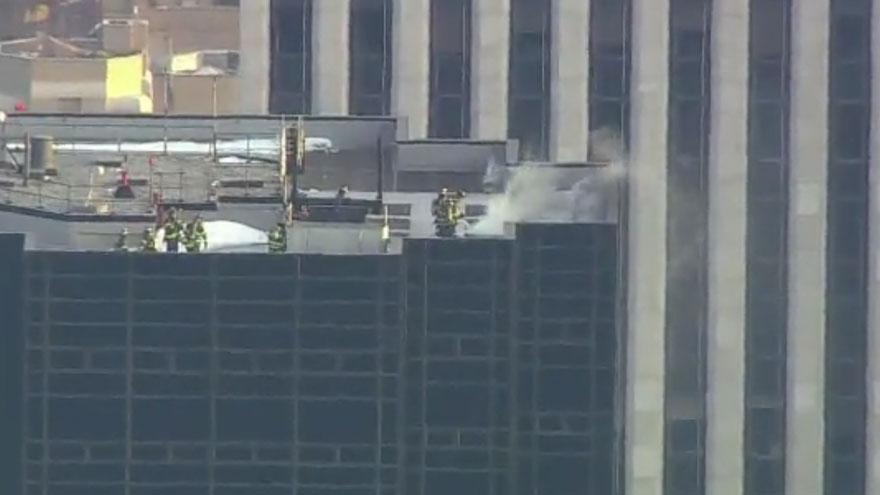 (CNN) -- Three people were injured Monday after a fire broke out on the roof of Trump Tower in New York City, authorities said.

The Fire Department of New York said the fire was in the building's heating, ventilation and air conditioning unit and is now under control.

The injuries were to a firefighter who was hurt when debris fell on him, an engineer who attempted to put out the fire with an extinguisher and inhaled smoke, and another civilian whose injuries were not immediately disclosed, the FDNY said.

None of the injuries were life-threatening. The two civilians were treated at the scene and refused further medical aid, the FDNY said.

Ken Reilly, a spokesman for the department, said the fire was reported shortly before 7 a.m. ET. It took about an hour to take control of the blaze, FDNY Manhattan Borough Commander Roger Sakowich said.

Sakowich said there were no smoke or fire conditions inside the building but authorities are investigating to see if there is any damage. The building wasn't evacuated during the incident, the FDNY said.

This story has been updated to reflect the latest information from the FDNY.