3 Killed in a Michigan shooting 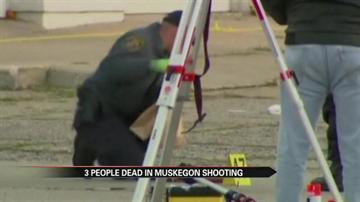 MUSKEGON, Mich. — Three people are dead after a shooting at an Elk's Lodge early Sunday morning in Muskegon.

Police say one of the victims was hit by gunfire and was run over by a car fleeing the scene.

At least four others were injured.

Witnesses say the shooting happened outside the lodge.

There was a party going on inside at the time.