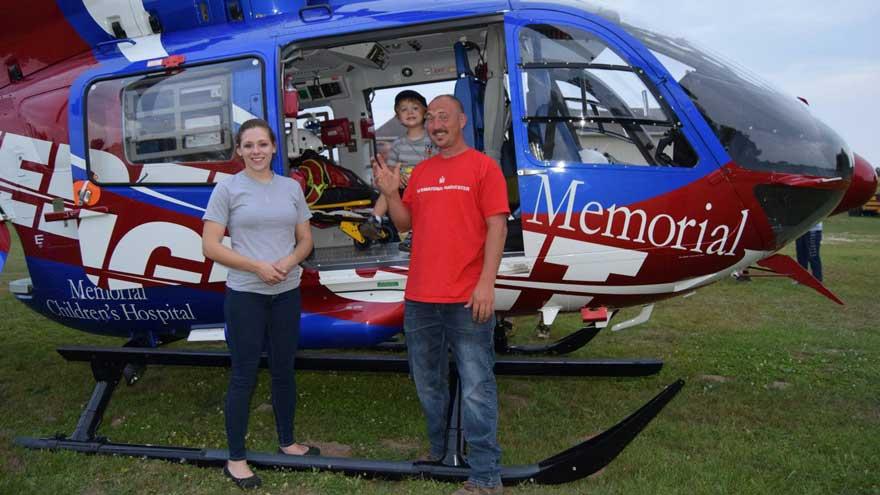 LA PORTE COUNTY, Ind. -- A 3-year-old who was injured in a farm accident in June got to check out the helicopter that took him to the hospital.

Edward Burek-Phillips, known as Bubby, was riding his bike at the Burek Family farm on CR400 S when he was hit by the rear tires of a tractor being driven by another family member.

Bubby was flown to Comers Children's Hospital in Chicago for head and internal injuries, according to the La Porte County Sheriff's Office.

The following day, the sheriff's office said Bubby was in serious but stable condition.

The La Porte County Sheriff's Office posted another update on Bubby on its Facebook page on Thursday.

Bubby and his parents met a Med Flight crew and posed for a photo with the Med Flight helicopter on August 16. They stopped by the Springfield Township Fire Department where they were conducting medical helicopter landing zone training.

The update says Bubby was in the hospital for a few weeks but has made a successful recovery.