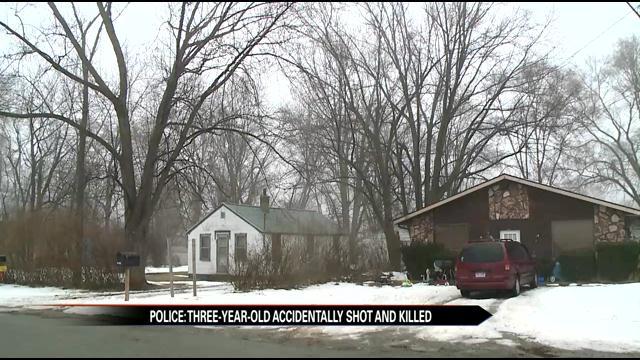 Early Wednesday morning a 3-year-old was fatally shot at a home on Norton Street in Benton Township, Michigan.

Benton Charter Township Police say they were called to 1619 Norton Street at 1:18 a.m. for reports of a gunshot victim.

When they arrived, they found a 3-year-old with a fatal gunshot wound. He was pronounced dead at the scene.

Investigators say the death appears to be the result of an accidental discharge of the gun.

"Last night I was about to go to sleep and everything and I heard some kind of commotion and some screaming so I came outside my door, and about 4 or 5 cop cars rushed up,” said neighbor Jimmey Bolin.

Investigators said they recovered two guns that were registered to a person who lives at the home.

Bolin says he could hear the family's hysterical screams echoing into the early morning hours.

"I seen them run inside and I heard screaming from the family and stuff and we asked what was going on and what we could do and the cops came right back outside and made us go inside and blocked off the road,” said Bolin.

Bolin says the toddler was light hearted and always smiling when he played outside.

"If it was the little boy, he was a great kid, we have a dog and he was always wanting to pet the dog and wave to him and say hi,” said Bolin.

Police are withholding the names of the family during the investigation.