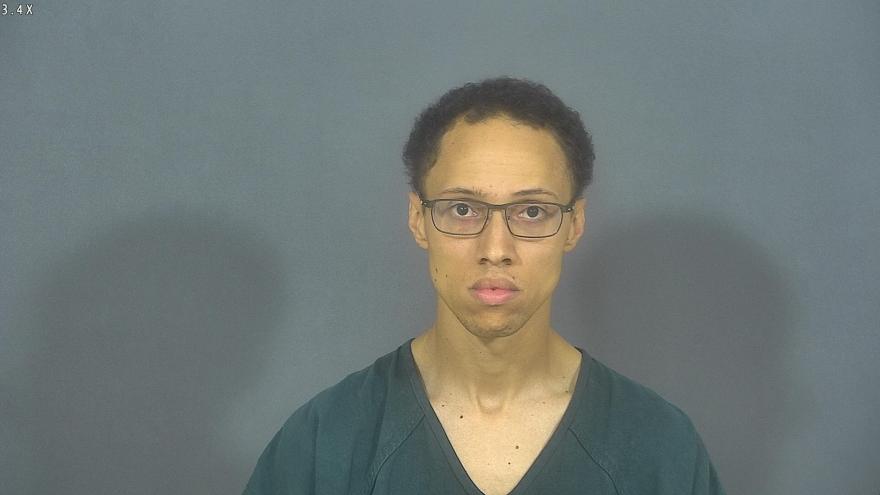 According to court documents, police responded to the 1900 block of E. Ireland Road around 11:56 a.m. on August 16 for reports of a shooting.

The suspect, identified as Maurice Conley, 31, along with others found at the scene, were brought to the Detective Bureau for interviews.

All parties interviewed stated to police that the shooting resulted from a verbal argument and subsequent physical fight in the parking lot of the Teacher’s Credit Union on Ireland Road, according to court documents.

Conley told police that the incident started following a “road rage” near Lincoln Way and Ironwood but continued to Ireland Road to the TCU parking lot where Conley attempted to learn why the driver of the other vehicle was upset, court documents said.

The victim told police that the suspect had “flipped him off” and he did the same gesture back, court documents said.

The victim’s fiancé and Conley’s wife got into a verbal argument in the parking lot and the victim tried to get in between the two, court documents said.

Conley’s wife reported to police that the victim assaulted her and she had a small laceration above her left eye, reports said.

The victim told investigators that he shoved Conley’s wife back and away from him and his fiancé, documents said.

Conley told police he then shot once at the victim to prevent further assault, court documents said.

The victim was taken to the hospital for treatment of a gunshot wound to the left shoulder, according to the probable cause affidavit.

The victim’s fiancé was also taken to the hospital as she is pregnant but she was not injured and Conley’s wife was also treated at the hospital.

A witness told investigators that he saw the two women verbally arguing and reported that the victim was hit first by Conley’s wife before seeing that Conley was in possession of a firearm, documents said.

Surveillance footage from the TCU showed two vehicles arrive in the parking lot, and Conley exit and approach the victim and his fiancé’s vehicle.

The victim’s fiancé is then seen in the video leaving the vehicle.

Both women appear to return to their separate vehicles but then the video appears to glitch and a group of people are then seen in close proximity to the passenger door of one of the vehicles as Conley is seen pointing a firearm towards the group, court documents said.

According to the probable cause affidavit, Conley is then seen pointing the gun as some of the individuals fall below view of the vehicle. The victim is then seen being helped by his fiancé to the curb.

Cellphone video recovered from the scene has Conley’s wife and a second female voice discussing Conley’s possession of a firearm, court documents said.

Conley was charged with criminal recklessness and battery by means of a deadly weapon. He is due back in court on August 29.