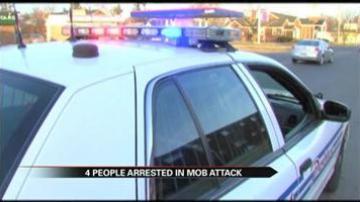 DETROIT -- Detroit Police are looking into a hate crime that put a man in a coma.

Four people, including two teenagers, have been arrested in connection with the attack.

A 54-year-old man was beaten last week-by a group of up to 12 people after he got into a fender bender.

Right now, he is fighting for his life in a hospital.

His daughter is trying to understand how someone, let alone a group of people, could do this.

"I didn't think they would have any at all and now to hear they have 4 total in custody, that's great," said daughter Felicia Utash.

Police are looking for at least 10 others involved in the attack.