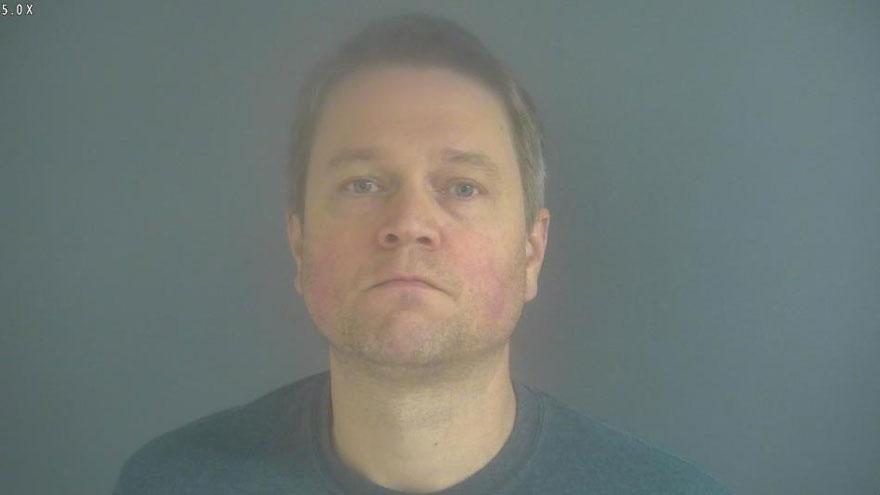 A man has been charged for allegedly attempting to solicit sex from someone he thought was a 14-year-old girl, according to court records.

Flemming Ryland, 42, has been charged with child solicitation, attempted vicarious sexual gratification, attempted sexual misconduct with a minor and dissemination of matter harmful to minors.

On September 20, St. Joseph County Police received a report about an adult soliciting a minor.

When police arrived to the scene, they spoke with Ryland and two other adults.

The two adults were part of a private group that sets up fake profiles on dating sites pretending to be underage children.

The members of the group said Ryland had been communicating with one of their accounts, 14-year-old “Amy,” since April 2021, reports said.

During the conversations, Ryland acknowledged “Amy” was 14 and communicated with her via text and phone calls, reports said.

Police obtained the text messages and audio recordings between Ryland and “Amy.”

Ryland spoke with police and admitted he planned on having sexual contact with “Amy” and that he knew she was under age, according to the probable cause affidavit.

Ryland told investigators, “I don’t think anything really would have stopped me if we were to get intimate. I think maybe that would have happened had they not been here,” according to the probable cause affidavit.

He also admitted to talking to “Amy” in a sexual manner and sending her a picture of his genitals, according to the probable cause affidavit.

He also admitted he went to the restaurant to meet “Amy,” who he believed was 14, and planned to engage in sexual acts with her, according to the probable cause affidavit.