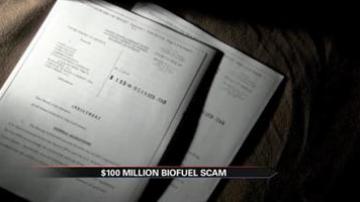 INDIANAPOLIS -- Six people have been arrested in connection with a biofuels scam that authorities say cost the government and investors more than $100-million.

The indictment alleges that the defendants sold more than 35-millions gallons of fuel and falsely claimed was 100-percent biodiesel.

"The deception involved in this matter resulted in market harm to investor in the amount of $60 million," said assistant United States Attorney Steve DeBrota.

The United States attorney says two other companies may also have been involved in the scam.