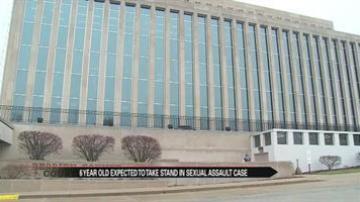 BERRIEN COUNTY, Ind. -- Next week, a 67-year-old man is going on trial in Berrien County for allegedly sexually assaulting a six year old girl. The 6-year-old's grandfather is concerned because she will have to testify in court.

A local therapist says the victim's grandfather is right to be concerned.

"There's many, many strange people, there's a judge up on a stand, it's an extremely intense and strange environment and you're talking about something that is so important," said Libby Christianson, Licensed Clinical Social Worker.

Christianson says testifying can be difficult - even for adults.

"To do that to a child, I think could really compound the trauma they've already experienced," said Christianson.

Christianson says any child that has to take the witness stand will need a lot of support before and after.

"Sometimes for people to be able to face the person that hurt them it can be empowering if they feel like they are getting justice, but a child doesn't yet have the full comprehension of what it is has happened to her," said Christianson.

There are some counties that do not put children on the stand.

In Elkhart, they take the child to a secluded room and videotape a question/answer conversation and then play that in court instead of calling the child into the courtroom.

"It's much better for the child if they can be interviewed at a place that is comfortable and safe. It usually is done with a professional social worker who can put the child at ease," said Christianson.

Christianson says if you have a child who says they were sexually assaulted, even if it doesn't make it to the courtroom, it is important to listen to them and get them counseling.