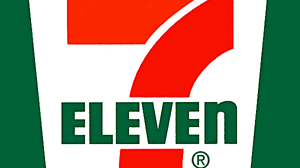 SOUTH BEND, Ind. - The 7-Eleven at Logan and Jefferson was robbed by two men Saturday night.

The men cam in, one went to the counter and the other stood off to the side. The man asked for a package of cigarettes. When the man went to get them the suspect got on his cell phone. He kept looking at the front door and at the man behind the counter.

The suspect said, "Give me the money," The worker behind the counter was hard of hearing and didn't understand what the man said, the bad guy repeated himself several times.

The suspect became irretated that it was taking so long.

"I'm going to blow your mother f****** brains out if you don't hurry," you can hear the suspect say on the surveillance video.

When the register opened he reached over the counter and grabbed the entire drawer and took off.

The owner of the 7-Eleven Khaled Abdelkhaleq said that he was just happy that all of his employees were okay.

South Bend Police officers were on the scene for about 45 minutes doing an investigation, the suspects were not arrested.