7-Year-old boy shot in his home 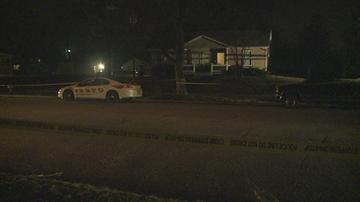 SOUTH BEND, Ind. – A 7-year-old boy was shot in his home on the 1100-block of East Madison Street just before 10:30 p.m. on Thursday.  The boy was rushed to an area hospital but is expected to be okay.

“Right now we know we have one person shot, a little boy a 7-year-old little boy, none of the injuries are life threatening,” explained Capt. Scott Ruzkowski of the South Bend Police Department.  “We have another person, his mother, who was injured either by flying glass or maybe by picking the child up was cut by pieces of glass.”

According to officers on scene, five to seven gunshots were fired into the boy’s home; four other children were in the house but were not hurt.  Police said they were unsure whether the shooting was a drive-by of if someone had fired at the house on foot.

“It appears that the shot were intentionally meant to go inside the house,” Capt. Ruzkowski explained.  “We have no motive, we have no rhyme or reason for this as it stands now.”

Police received reports from several witnesses that a vehicle was seen driving away from the scene and a person was also seen fleeing on foot.

The shooting took place a not far from the Eddy Street apartment complex where Deshone Caradine was murdered on Jan. 18.  A prayer vigil had been held for her Thursday afternoon.

“Just a little while ago, just before this, they had the vigil just a couple blocks away,” Rukowski said. “It’s sad, it’s unfortunate, we’re out here trying to piece this together and do the best we can just to put an end to this stuff.”

As police continued to investigate, Ruszkowski and neighbors said they were thankful the boy and his mother weren’t seriously hurt.

“If there’s any bright side to this story it’s that it appears everybody’s going to be okay, it’s just a shame that this happened in the first place,” he said.  “The young boy who is being treated right now appears to be in good condition and in good spirits.”

As of early Friday morning, no arrests have been made in connection with the shooting.