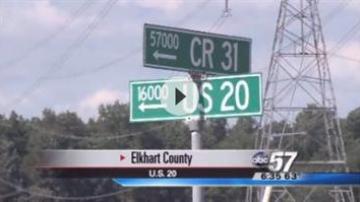 MIDDLEBURY, Ind.-We have an update this morning on a man involved in a deadly car crash, in Elkhart County Friday.

We're told he is doing much better. Nursing supervisor, at Elkhart General says 87-year-old, Ernest Sailor, is now listed in stable condition. The crash on U.S. 20 killed his wife, Maxine and two other people.

Sailor hit the front of a semi truck, that crossed over the center line. His vehicle was then hit by a car driving behind the semi.