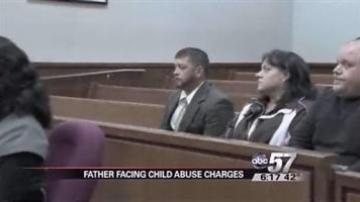 DETROIT, Mich.--A Michigan dad, who is accused of using his 9-year-old daughter as a designated driver.

He appeared in court Tuesday, to face child abuse charges. Police say Shawn Weimer gave his daughter the keys to his van and let her drive after he had been drinking whiskey. On Oct. 8, Weimer was captured on surveillance video, at a gas station.

Police say he was bragging about his daughter being his chauffeur. His friends say despite what was caught on tape, he's actually a good dad.

“He looks forward to his child and he's a good dad,” said Jim Thiel, friend of Weimer. “Now he can't see her, that's going to destroy him.”

Weimer is free right now on a $25,000 bond. He's not allowed to leave the state without permission, and he cannot have unsupervised contact with a minor including his daughter.