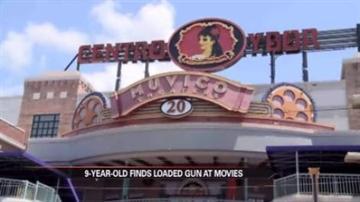 TAMAPA -- Police in Tampa are looking for the person that left a loaded gun in a bathroom at a crowded movie theater.

The boy's dad says he immediately secured the gun and called police.

Police say even if the owner of that gun left it on accident they could still face charges.

The movie theater is also investigating.