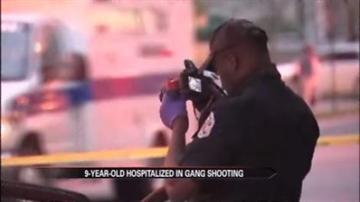 CHICAGO -- Violence on the streets on the southside of Chicago killed two people and put a nine-year-old boy in the hospital with a gunshot wound to the chest.

Chicago police say the boy was riding in the car with his mom when he was hit by a bullet around 5:30 p.m. on Wednesday

Police say the shooting may have been gang related. Neighbors in that area say they are scared by the gang violence.

A six-month-old was shot and killed in March not far from where the shooting happened.

The boy is in critical condition at University of Chicago's Comer Children's Hospital.