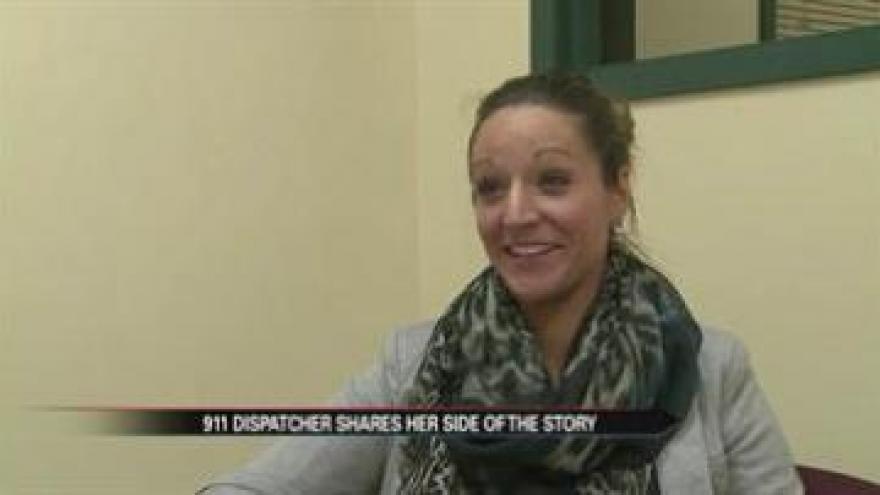 LAGRANGE COUNTY, Ind. -- 911 dispatchers train for all kinds of different emergency situations. Sunday night, one dispatcher handled a call from a woman who had been carjacked and abducted allegedly by escaped killer Michael Elliot. The dispatcher told us how she helped the victim get away.


Heather Lock got the call from Cheryl VanWormer just before 11 p.m. Sunday. She said it was a call unlike any other she has received in her four years as a dispatcher.


The victim told Lock the suspect stopped for gas at Gallop's just off the toll road near Middlebury.

“I just looked up to my shift partner and I was like, 'Oh, my gosh. We’ve never anticipated anything like this ever,'" said Lock.


Some believe VanWormer owes her life to Lock, who directed VanWormer to find a way out of the car and into the gas station's restroom.


“She told him I need to use the restroom. And I could hear, 'Where? Inside?' And she said, 'Yeah, I hope they have one,'" said Lock. “So at that point completely dead air, I hear commotion, what I think is trudging through the snow, walking through, going inside.”


Lock says she felt like time stood still while she waited to hear VanWormer’s voice again.


“Couple minutes had passed and she’s like, 'OK I’m at…' She gave me a certain address and then she said, 'I’m in Middlebury,'" said Lock.


VanWormer locked herself into the women’s restroom.


Elliot knocked on the door of the bathroom.


“Into our conversation you hear beating on the door. He’s telling her, 'Let’s go, let’s go, we need to go.' She’s still calm as can be. You can hear, 'Well hold on I’m sorry this is taking longer than expected,'" said Lock.


“Until you get into that situation it’s just like your instincts kick in. What do I need to do to help get this lady back to her family and loved ones?” Lock.


Lock says she hasn’t talked to VanWormer since but is glad she's home with her family.