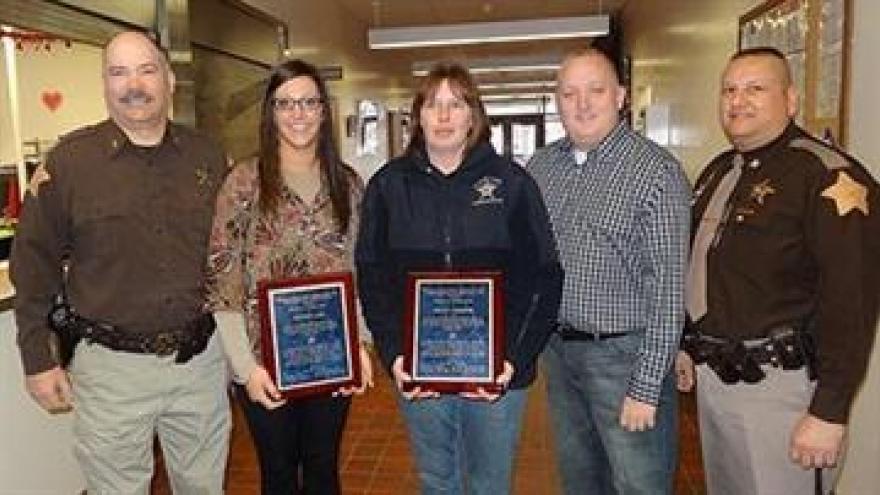 The man who carjacked her, Michael Elliot, escaped from an Ionia, Michigan prison around 6 p.m. on Thursday and around 11 p.m., he stopped at a gas station in Middlebury.

The victim called 9-1-1 from a concealed phone and the dispatcher told the victim to go inside the store and lock herself in the restroom.

Dispatcher Lock stayed on the phone with the victim while Landers contacted the Elkhart County Sheriff's Department to alert them and keep them updated on the situation.

Both dispatchers remained calm and kept the caller safe until officers were on scene.

According to officials, having the victim go inside and lock herself in a bathroom was not something dispatchers were taught to do, but was based on the dispatcher's experience and instinct for keeping the victim safe.

The instructions the dispatcher gave the victim, likely saved her life and the lives of others, according to officials.

Elliot was arrested in LaPorte County, Indiana just 24 hours after he escaped.