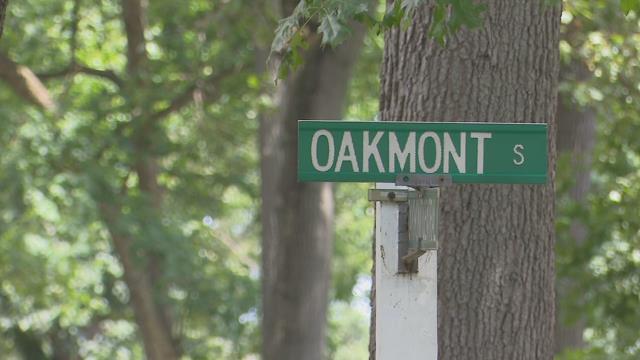 A typically quiet South Bend neighborhood received quite the shock yesterday when a 94-year-old woman was attacked in her own home. Police are still searching for the suspect.

When a 94-year-old woman pulled into her garage on S Oakmont Drive in Oakmont Park Tuesday afternoon, she did not expect to find someone waiting there to attack her.

“This is typically a quiet area. We very seldom get called here, so yesterday’s call in this nature, was surprising to us as well,” said Lieutenant William Redman, SJPD.

She got out of her car to unload her groceries, and a man whom she believes to be in his 20s started beating her with a wrench. He was yelling at her to hand over her purse.

She said she’s stubborn, so instead, she tried to talk him out of it, asking, “Why would you want to beat up an old lady?”

He continued, grabbed her purse and then fled.

Somehow, even though she uses a cane to walk, she managed to get herself to the phone to call 9-1-1.

The police arrived within five minutes.

“We had multiple officers respond of course, because of the seriousness of the call. Anytime elderly victim is involved, that is a top priority for us,” said Lieutenant William Redman, SJPD.

The suspect got away with a couple hundred dollars in cash and some credit cards, which he tried to use immediately.

So far, the police only have her and her neighbors’ descriptions to work off of. Her family told me and the police that they saw who they think is the suspect walking through the neighborhood earlier in the day Monday.

Police are hoping to get a picture of the suspect from surveillance footage, which we will post as soon as it becomes available.

In the meantime, this ‘old lady’ is just trying to mend and feel safe again in her home of 60-plus years.

The family asks that anyone with information call the St. Joseph County police.

The woman asked that we not use her name or show footage of her house to protect her privacy.