Friend of slain mother charged with capital murder and kidnapping 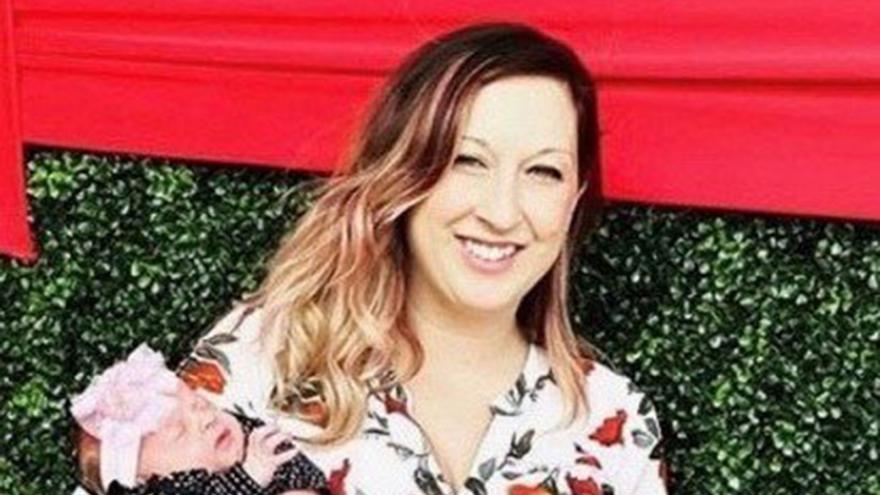 (CNN) -- A friend of slain Austin mother Heidi Broussard, who went missing in December and was later found dead, has been charged with capital murder and kidnapping.

Magen Fieramusca, 34, was indicted Tuesday by a grand jury in Travis County, according to a news release from the Travis County District Attorney's office. The indictment alleges that Fieramusca kidnapped Broussard, 33, and her newborn daughter and asphyxiated Broussard.

Broussard and Margot went missing on December 12 after Broussard dropped her son off at an elementary school. Fieramusca was arrested more than a week later in Harris County after Broussard's body was discovered in a vehicle at Fieramusca's residence. Margot Carey, who is now 2 months old, was found in Fieramusca's home and reunited with her father and brother.

Fieramusca's bond has been set at $1 million for the capital murder charge and $100,000 on the kidnapping charge, according to the release.

Her attorney, Brian Erskine, said in a statement that the state has not disclosed the evidence against her.

"Exculpatory and mitigating evidence has a shelf-life, and too many individuals in our criminal justice system have been delayed or denied this information," Erskine said. "We cannot act to fairly and vigorously represent our Client when we start defending her with our hands tied and eyes blindfolded. Justice ought to be blind, not the defense."

Friends for more than a decade

Broussard and Fieramusca had been friends for more than a decade, Broussard's boyfriend Shane Carey told police, according to an arrest affidavit released earlier this month. They met while attending the Texas Bible Institute in Columbus, Texas, the document said.

It is unclear if Fieramusca was ever pregnant.

But, the affidavit said, she convinced friends and an ex-boyfriend that she had given birth and then tried to pass off Broussard's child as her own.

"The cursory information contained in the recently released probable cause affidavit is nothing more than mere allegations," Erskine said at the time.

'That's the baby at my house'

Surveillance video taken by a neighbor shows Fieramusca's vehicle in the parking lot of Broussard's apartment complex on the day of her disappearance, the affidavit said. A resident of the apartment complex told investigators that she saw a woman with a small infant get into the back seat of the vehicle before it sped away.

FBI agents searching for Broussard and her daughter followed Fieramusca's ex-boyfriend Christopher Green as he left their shared home in Houston and approached him as he left a Target store with baby clothes and formula, the affidavit said.

When they showed him a flyer with pictures of the missing mother and child he replied, "That's the baby at my house," the affidavit said.

Green said he believed that Fieramusca had been pregnant with his child, the document said, and Fieramusca told him on December 13 that she had given birth.

Fieramusca told investigators that she had given birth at a birthing center in The Woodlands, an area north of Houston, on December 12 and brought the baby home the same day. When questioned by investigators she could not recall the name of the center, the affidavit said.