A dry March but wet April

It's been a very wet start to 2018, especially with the historic flooding in late February. But, the majority of March has been on the dry side, in fact, we haven't recorded any precipitation since March 13th. Thanks to the prolonged dry spell, we are now behind with our rainfall numbers, but some things look like they could change as we end the month.

At the beginning of March, I talked about a popular weather folklore phrase "In like a lion, out like a lamb". Now that we're nearing the end of the month, it's time to see if that phrase checks out this month. The first half holds true, considering the fact that we recorded 0.81" of rain on March 1st. But, it looks to stay active throughout the next couple of weeks, so it looks like the lion continues into the month of April.

The Climate Prediction Center has a bullseye over Indiana for a heighten chance of above average precipitation for the month. Temps could also fall below average, at least for the first few days of April. This potentially active pattern for the next several weeks could cause some problems, once again, for Michiana rivers. No flooding is expected in the short-term but we could definitely see some rivers rise, especially along and south of Highway 30. Stay with ABC 57 as we move through the next few rainy weeks. 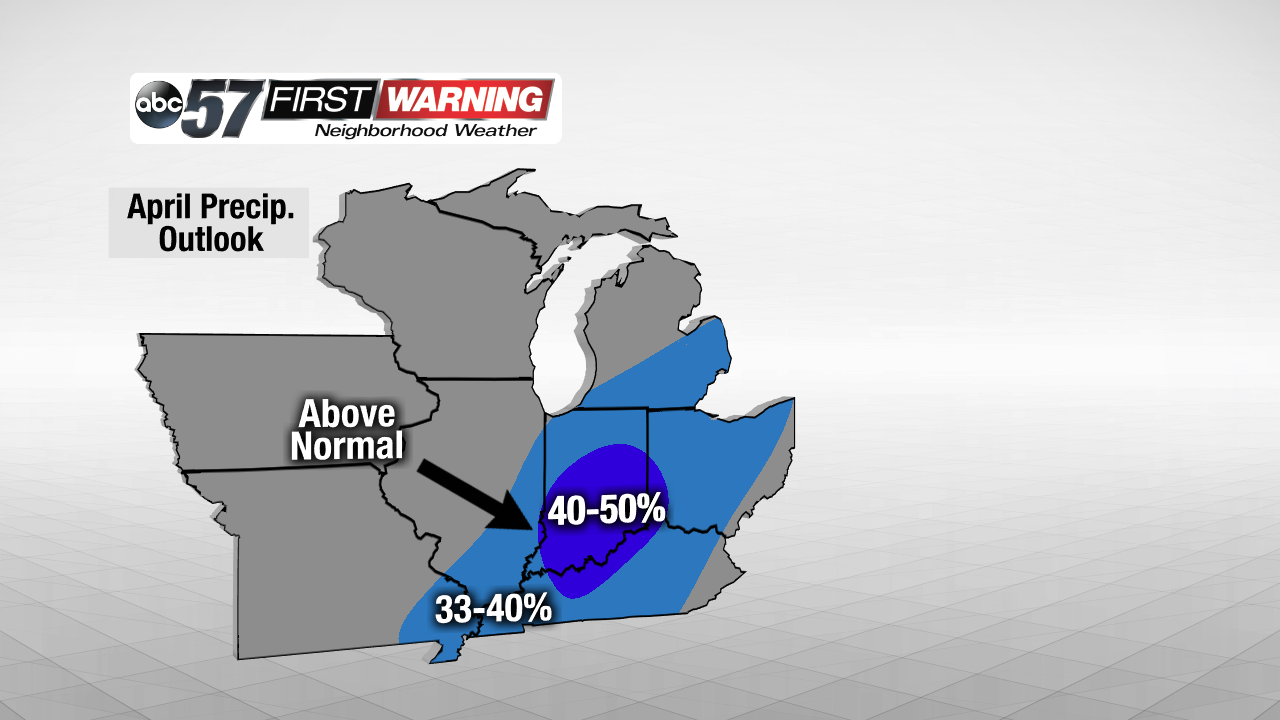 It could very well be another wet month of April as we have a 33 to 40% chance of seeing above average rainfall for Michiana.
Share this article: