As the seasons switch from summer to fall to winter, there's some subtle (and not so subtle) changes that happen all around, along with the obvious like falling temperatures and winter weather. One of these changes is the intensification the blue sky above on clear, late fall and winter days. That intensification of blue light is very subtle and it sometimes goes unnoticed because of the cloud cover over Michiana, but on clear, late fall and winter days, the sky will be noticeably bluer than in the summertime. This is actually caused by a couple of things. Light from the sun is actually a combination of all the colors. When that sunlight travels through the atmosphere, the light is broken up and bounces all around the atoms and molecules in the atmosphere, and the blue portion is the one that makes it to our eyes. That's why the sky looks blue during the day. With the help of water vapor, some of that blue light gets "washed out" or is transformed into a much lighter blue. 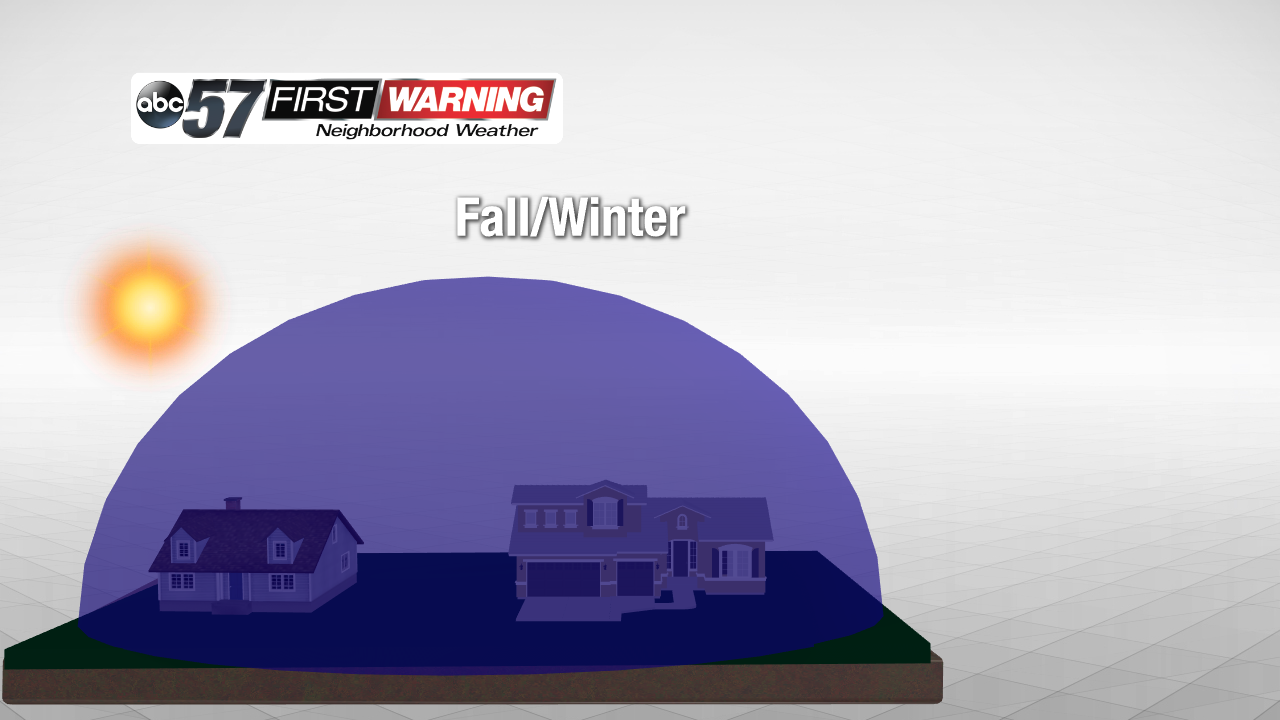 During the fall months, humidity drops significantly, so a lot of the water vapor is not there to wash out the blue light, making the sky appear as a much sharper blue. Also, the sun drops to a lower angle in the sky during fall and winter. Not only does that help scatter more blue light and sends the red and green light back up into space.

Later on during the winter season, there's another optical illusion that can pop up in the night sky. You may have seen something that looks like a giant beam of light coming from the night sky. It's all caused by ice crystals in the lower levels of the atmosphere. Light coming from a source on the ground goes up into the atmosphere and ice crystals refract, or bend, that light back towards the ground, hitting our eye. But, our brains get fooled every time, thinking that the light comes from farther up in the sky. The result, is a pillar of light that shoots straight up into the sky. 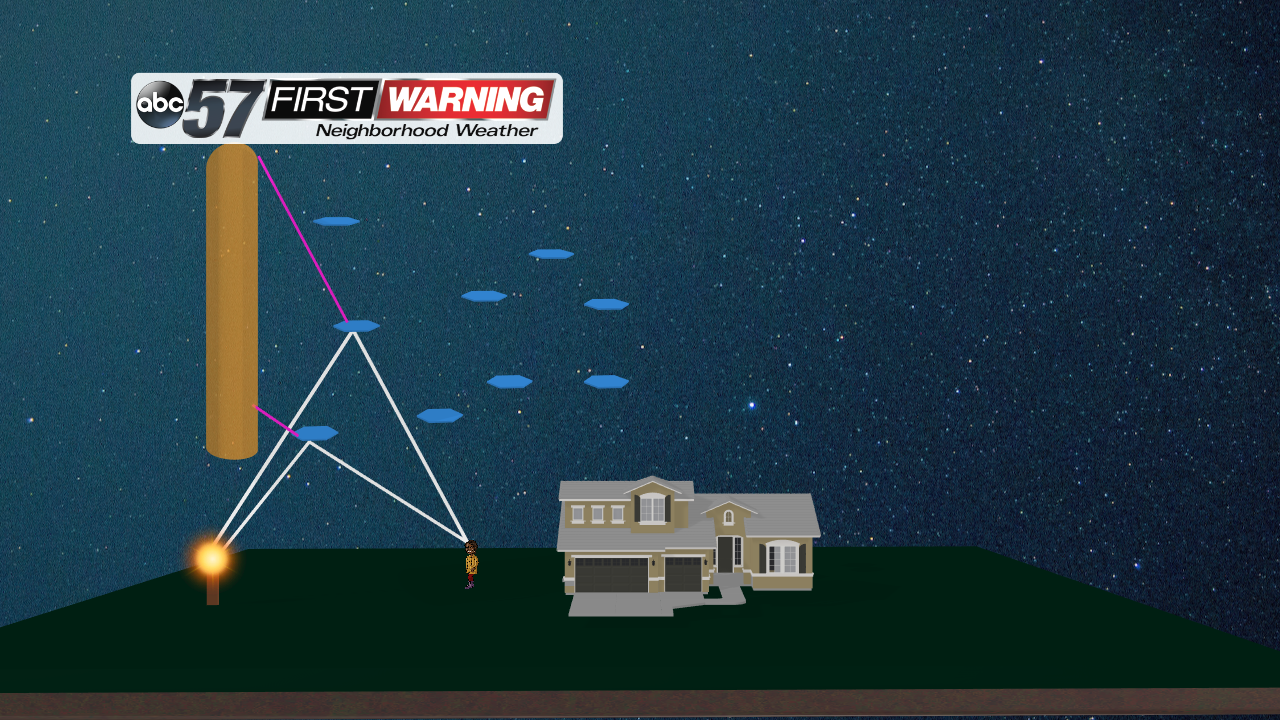 This can only happen with ice particles in the sky, so this optical illusion is suited more for late fall and winter. So once the snow starts falling and temperatures continue to fall, be sure to keep an eye out during those chilly nights, and you may be able to catch a light pillar. Snap a photo and be sure to send it on in to us!