A fresh start for the Central Cass Fire Department 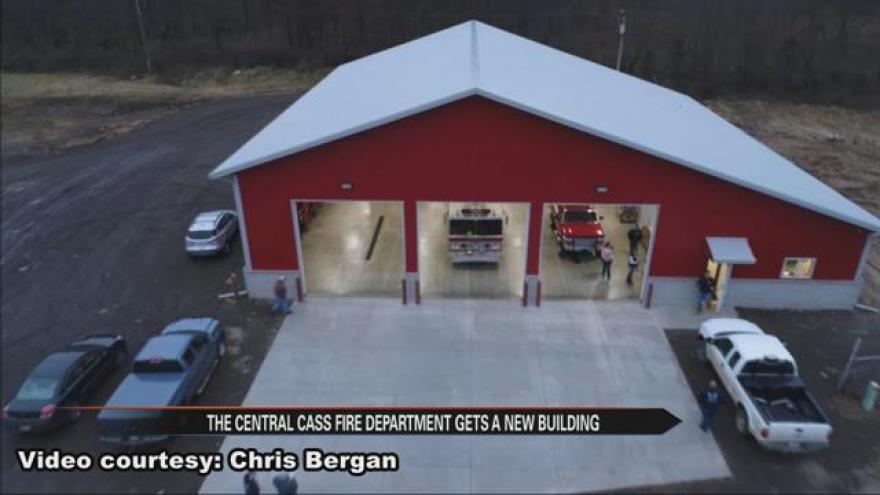 After working out of the same fire station for over 100 years, the Central Cass Fire Department has a new home.

“It’s just extremely nice to have all the room that we do have now,” Central Cass Fire Chief Jeff Locke said.

Like a small army marching toward home base, the fire department drove from their old station in the heart of downtown Cassopolis to their new one along M-60 a week and a half ago.

The new station is one any firefighter could fall in love with, especially when you compare it to the department’s old one.

“We would often come in after a heavy rain or the snow would melt and there would be water in our boots that was leaking in through the ceiling,” assistant chief Jesse Binns said.

The old fire station was crippled by its age, having been built in the late 1800s.

It’s so old, it still has accommodations for a horse and wagon – the first type of “fire truck.”

“And that’s where they would pull the wagon with all of the water on it out,” Binns said, while walking through part of the basement.

Space was becoming such a big issue at the old station, Locke said he and his team was starting to worry that their newer trucks wouldn’t fit inside.

But now, space is the last thing they’re worried about.

In the old station, even washing the trucks was becoming an issue.

“We were cramped so tight in there,” Locke said. “When you washed a truck, you got your turnout gear wet cause you were so close together. You couldn’t wash one truck without getting the other one wet, where you had to…dry off both of them.”

Like the old factory that once stood on the land the new firehouse occupies, those problems are a thing of the past.

Locke and his team are ready to get back to work.

They also are excited to welcome a newer, bigger fire truck in July that will fit right in to their new home.

Locke said plans for it had been in the works for the last six years, ever since LaGrange and Jefferson Townships took over the fire department, because Cassopolis Village could no longer afford it.

Taxpayers covered the cost of construction, but Locke said it was able to happen without significantly raising taxes.