A husband asks for any information on his missing wife 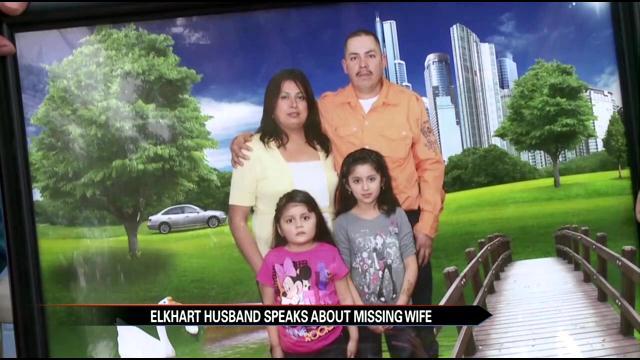 The husband of a woman who has been missing since August is asking for help. He wants to know what happened to his wife.

“The family is devastated. We all have questions who? And why? Those are the questions that haven't been answered,” says Reveriano Ortega whose wife, Anastasia Reyes Cortes, has been missing since August.

Reyes Cortes, a mother of two, was last seen shopping at a Kroger on West Hively in Elkhart.

Her mini-van was found with extreme fire damage in Wakarusa and the community searched for Reyes Cortes for days; but found nothing. Ortega holds onto the hope of finding his wife.

“Well the hope is that she is alive and that we find her alive of course. But worst case – however it may be just find her,” says Ortega.

Reyes Cortes has two daughters who are nine and six-years-old. Ortega says both suffered in the earlier days of their mother's strange disappearance.

“Well the first days were very difficult but now day by day they are returning to their routine,” explains Ortega.

The family is trying to get back into a daily routine; but Ortega says it's full of frustration.

“For someone desperate it seems like progress is being made very slowly. Those may be their procedures but to me and for anyone who is in a situation like this it seems very slow,” says Ortega.

Ortega says he is not familiar with police procedure but it's been a long four months without his wife.

“If it was a normal day and there was traffic around nobody saw the car driving from one side to the other, no one saw anything, no one says anything, the community really, and maybe they don't know but a lot of people are here undocumented and maybe someone did see something but doesn't want to talk," said Ortega.