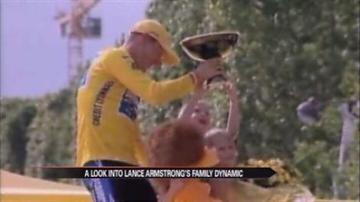 It was the second most talked about sports story of the week but the biggest fall from grace the sport of cycling has ever seen.

After Lance Armstrong's public confession, we are getting a closer look into his role not as a cheater, liar, or bully but as a father.

The family side of the complicated and deeply flawed man revealed the betrayal to those who cared for him the most.

"When this all really started I saw my son defending me and saying that's not true. That's when I knew I had to tell him. I told Luke, I said, 'Don't defend me anymore,'" said Lance. "I deserve to be punished. I'm not sure I deserve a death penalty."

Armstrong says his ex-wife knew about his doping and tried to get him to come clean but for now, he says he does want to race again.